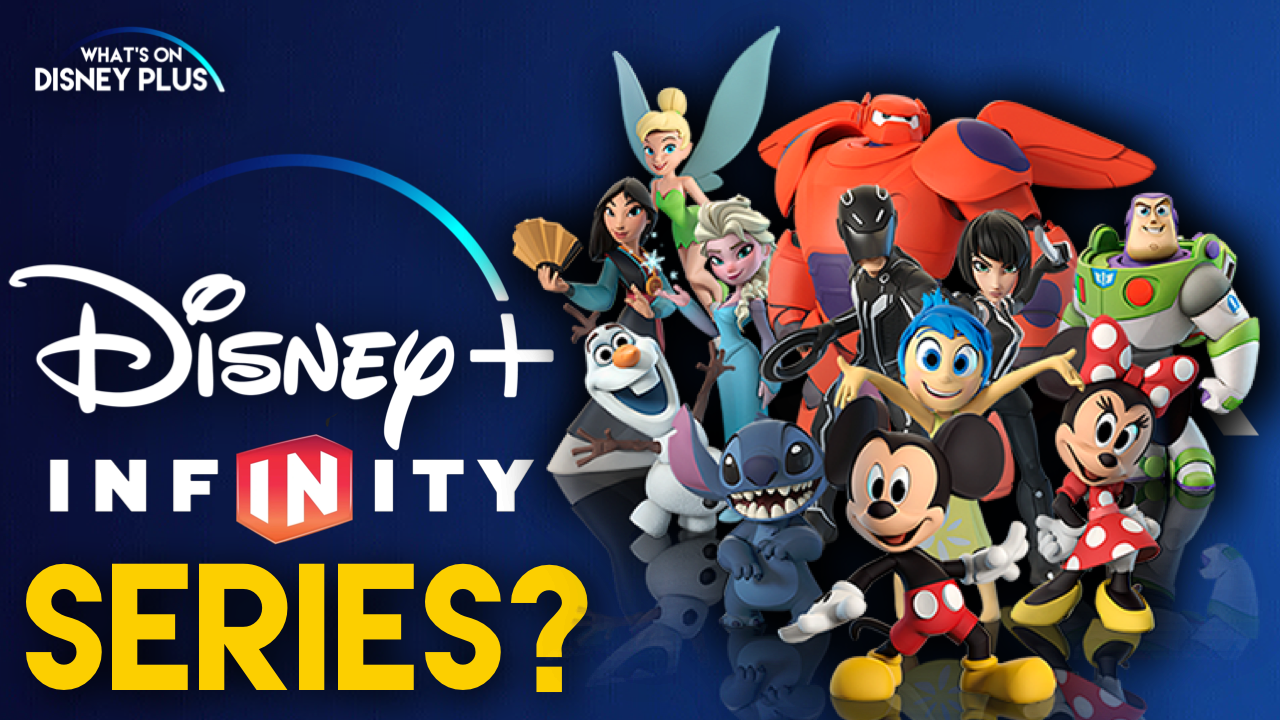 In 2013, Disney released a massive new Toys To Life video game, Disney Infinity. Where over its three episodes, we got to play in the worlds of Disney, Pixar, Marvel and Star Wars with dozens of beloved characters from dozens of franchises.

Unfortunately, the Toys To Life video game market stumbled, resulting in Disney Infinity not being as big of a success as Disney had anticipated. So, in 2016, Disney shut down Disney Interactive and stopped producing video games in-house, outsourcing its video game production to other companies like EA, Capcom, Insomniac, and other video game companies.

Disney Infinity lives on, in a series of action figures sold exclusively at the Disney Store. They even did some numbers based on recent Disney+ shows like “The Bad Batch,” “The Mandalorian,” and “WandaVision.” We tease Disney Infinity fans with what could have been.

Now, after this quick history lesson, let’s see why Disney would be smart to revive the Disney Infinity brand as an animated Disney+ series.

Let’s get rid of an obvious point, Disney’s IP library is basically endless, Disney has released thousands of TV shows and movies over the years, which means Disney has a huge number of IPs, including shows from Disney Channel like “Gravity Falls” and “Phineas and Ferb” as well as owning theatrical movies like “Toy Story,” “Iron Man,” “Star Wars: Rogue One,” “Ice Age,” and “Frozen.” Disney could use its catalog of beloved characters by crossing several characters into a TV series as an “Avengers Endgame” type of event series.

We’ve all heard of Disney properties like ‘Frozen’, ‘Toy Story‘, ‘Star Wars’ and the Marvel Cinematic Universe, but have you heard of ‘Treasure Planet’ or ‘Ron’s Gone Wrong’ or ‘The Good dinosaur”?

Well, if you are a die-hard Disney fan or have been paying attention to recent Disney movie releases, you would have probably heard of the three movies listed above. But take a series like “Teacher’s Pet” or Disney’s “Doug,” which could be promoted to a new audience through this proposed series, with a little cameo or story.

Reason #3: The Potential of Fan Service

Many fans want their dream Disney crossovers to happen, so imagine a series where Iron Man, Luke Skywalker, Buzz Lightyear, Sid The Sloth and Mickey Mouse all have a conversation and end up teaming up to take on a looming new big bad. to destroy the “Disney Multiverse”.

Disney has hundreds of thousands of beloved characters they could cross paths with to fuel fanbases online. The potential is huge, especially if they combine characters from vintage Disney, Pixar, Marvel, Star Wars and some 20th century movies and series, with a fully voiced series.

Reason #4: Disney has several animation divisions, so use them.

With Disney owning so many animation studios, this series could be a collaborative project between them all as a celebration of Disney’s global brands and characters.

The Disney Infinity Games may be a distant memory for many, but that doesn’t mean Disney can’t revive the brand as a serious new animated event featuring fan-favorite characters from core Disney, Pixar, Marvel properties. and Star Wars.

Now, if Disney decided to greenlight such a series, it would have to be animated due to the sheer number of characters Disney would have to use from its catalog of IPs and the balance to be struck in getting characters whose abilities would not overlap with other characters. within the same series. The series should also be made obvious that it’s not canon, especially as it relates to Marvel and Star Wars. One of the great things the video game series did was use an art style so that all the characters were part of the same universe.

However, I doubt this series will happen, mainly because Disney was planning a series based on the novels based on the Disney theme park “Kingdom Keepers”; however, this series was canceled before it even went into production. However, “Kingdom Keepers” was meant to be a live-action series, while a Disney Infinity series could be animated and feature more Disney protagonists and villains.

Would you like to see Disney Revive Disney Infinity as a Disney+ show?

Ethan “Neil” Holloway is a huge Marvel, Star Wars and Pixar fan who grew up on Disney movies like Iron Man and The Lion King. Ethan has always been fascinated by movies, especially those that give fair representation to people with disabilities, and hopes to one day publish a novel with Disney Publishing Worldwide. You can call Ethan the “Disney Anime Guy” if you like.

Where is Victorious’ Robbie from now?