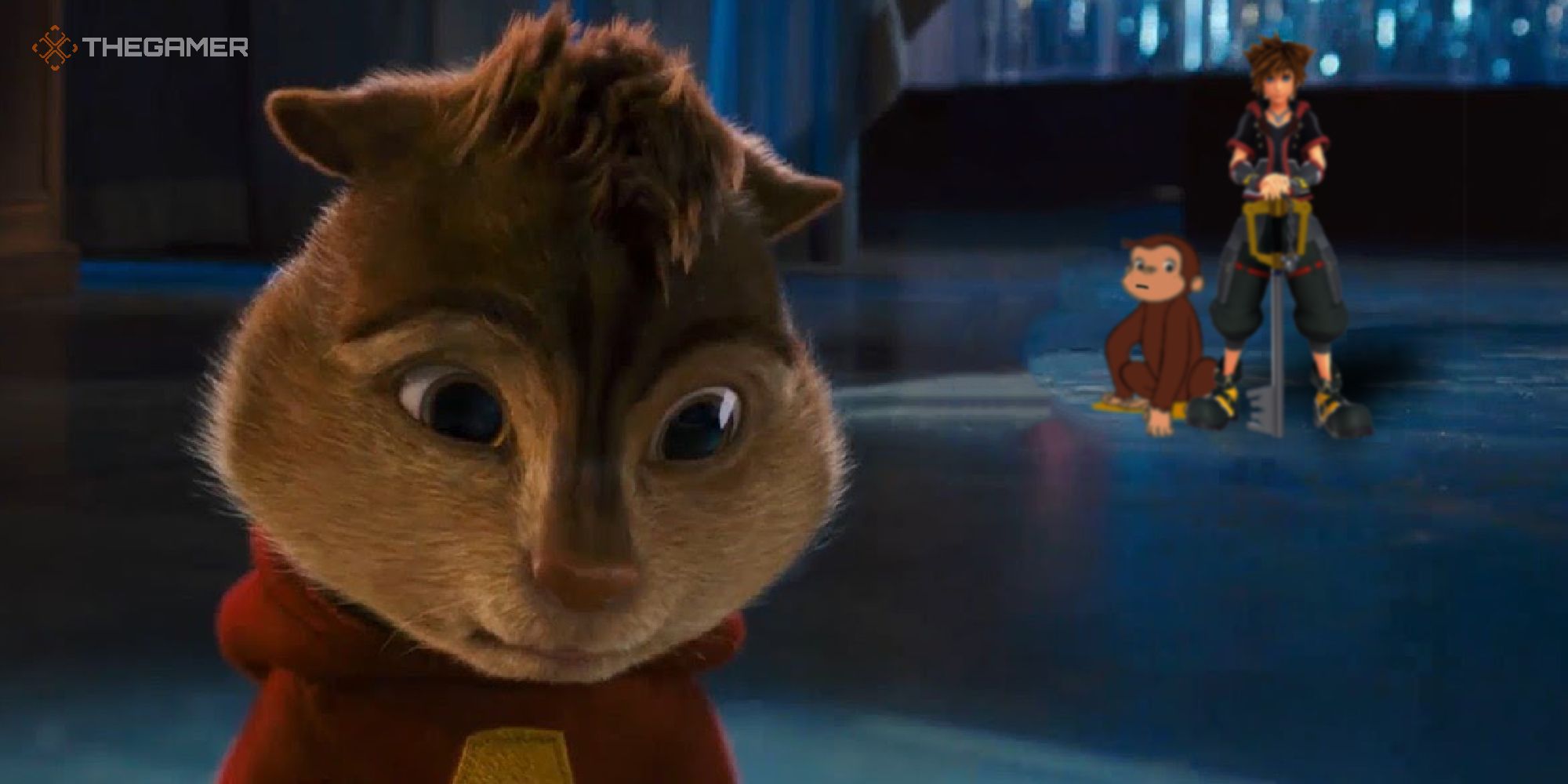 I have a bit of a love-hate relationship with Kingdom Hearts. That is to say, I want to like it, but I think I hate it. I’ve written about this phenomenon before, and as Kingdom Hearts 4 is revealed, I find myself coming back to it. My main annoyance with Kingdom Hearts is that it’s a Disney game that completely sucks at all things Disney. Kingdom Hearts fans unilaterally agree that Arendelle is the worst world in the series’ history, despite being one of the most layered kingdoms in the entire Disney Princess series. I’ve given up on understanding the story of Kingdom Hearts, and while 4 may still draw me in with The Simpsons World, I’m willing to accept that despite it being a Disney game and I be an adult Disney, Kingdom Hearts just isn’t for me. So now I ask for a game that could be.

GAME VIDEO OF THE DAY

It’s like Disney owns everything in the world these days, from Marvel to Star Wars to the cheese in my fridge. After taking over Fox last year, it has even more, but there are still other studios capable of making a Kingdom Hearts game – or at least the kind of Kingdom Hearts game I want to see.

Related: The Next Kingdom Hearts Has To Kill Someone For Good

First, I need to explain exactly what Kingdom Hearts is to me, because it can be hard to come to an agreement on what a confusing game like this is. Basically, Kingdom Hearts is a Disney game where you run around different Disney locations and meet different Disney characters. Nothing else. No Final Fantasy, no Sora, no Mickey Mouse is a magical ghost or any of that bullshit, just good old Disney IP beamed straight into my eyeballs. While no other studio has the influence of Disney, there are still a few big players who could make a great Kingdom Hearts game, and could do so without the Final Fantasy waffle thrown in there.

The relationship between movies and video games is tricky. I miss the days when movies were turned into video games, although I’m aware that the long development cycle of video games makes those days impossible to return. And although I consider video games to be art, I feel like movies become video games, which is not the case when the situation is reversed and games like Sonic or Detective Pikachu get movies. A Kingdom Hearts-style game, in particular, is much more about the essence of the characters and their use as you would with plastic toys on a bedroom floor rather than elevating the narrative from their original form. Which is why, despite my chaotic desire to play an A24 Kingdom Hearts, I don’t want to run around like Florence Pugh in a flower crown or like Mia Goth in a farmer’s daughter outfit.

It has to be a studio known for major blockbusters where the characters have already been saturated with merchandising that putting them in a video game mixer wouldn’t be sacrilege. DreamWorks, whose most popular movie (Shrek) exists entirely to spite Disney, seems like an obvious choice, but once you get past Shrek, things quickly sink in. The Croods? Turbo ? Shark story? Boss baby? Barely on the level of Toy Story World, isn’t it. You didn’t even notice I invented Turbo. What is that? You have noticed ? Too bad, asshole. It’s real, and it’s about a snail that wants to be a slightly faster snail. And that’s why I don’t want DreamWorks Kingdom Hearts.

Warner Bros. wouldn’t be a bad shout, considering he’s already taken steps to copy Smash Bros. via MultiVersus, which is due out later this year. However, the horse I am supporting here is Universal. It has the most recognizable titles after Disney, the best lineup of popular films in the world, and a host of iconic characters and locations ripe for a Kingdom Hearts game. Jurassic Park, Fast & Furious, King Kong (the one from 2005), Pacific Rim, ET, Jaws and The Mummy are all universal images. The studio owns several Hitchcock properties (although their inclusion may be too close to sacrilegious), as well as Blumhouse, Halloween, and the Cornetto Trilogy. There are so many options here.

There are some complications, due to the fact that several of the films listed are part of franchises whose ownership may no longer belong to Universal, and the fact that many of them are co-production footage, a Disney issue, which makes most things in-house and buys the rest, doesn’t have to deal. But then I’m already asking Universal to get into video games with a Kingdom Hearts riff, I think we all see that logic and reality have no hold on me. Come on, Universal. Create Universal Kingdom Hearts. That, or A24 Kingdom Hearts. I said it as a joke, but now I really mean it, which I guess is why Kingdom Hearts was born in the first place.

Next: Give Bruce Willis an Honorary Oscar

The new Eeveelution has already been practically confirmed by the anime

Stacey Henley is the editor of TheGamer and can often be found traveling to the edge of the Earth, but only in video games. Find her on Twitter @FiveTacey

An Inside Look at Mexico’s First Cartoon Character Complex