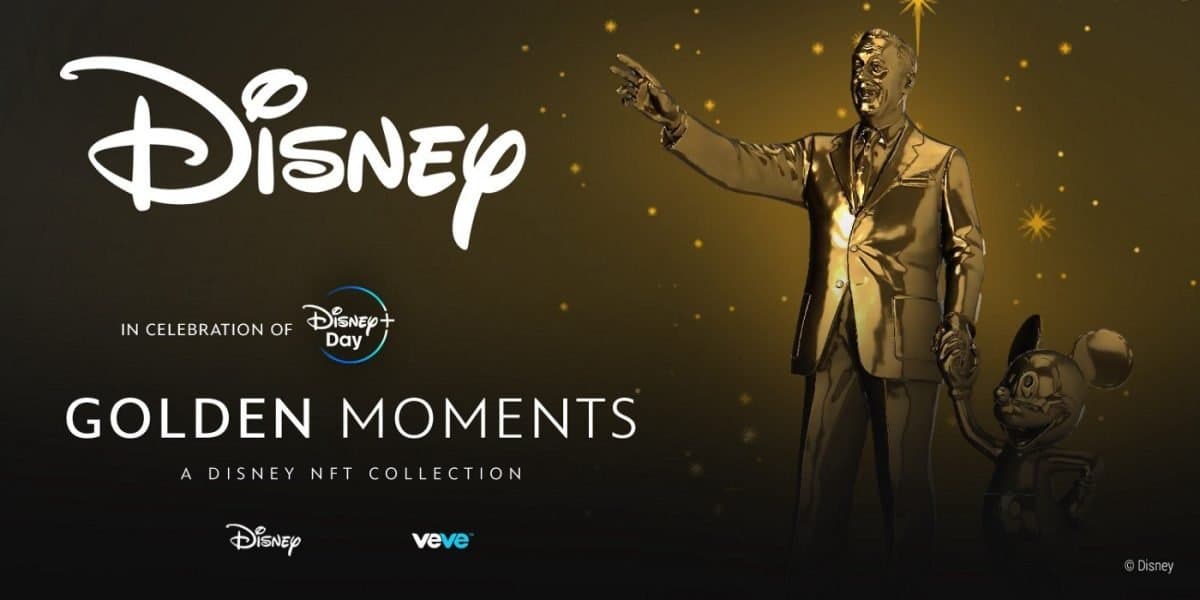 The best Disney NFT collections you should already know

You can save NFTs as the latest medium that entertainment giant Disney is looking to dominate. Indeed, the iconic company has been active in the NFT space for quite some time. Additionally, the House of Mouse has many plans in place to expand its efforts in the world of digital assets and the metaverse.

Let’s dive into some of Disney’s top NFT collections today.

As the most recognized entertainment brand in the world, Disney hardly needs an introduction. First founded in 1923 as Disney Brothers Cartoon Studio, The Walt Disney Company is the creator and owner of some of the most beloved intellectual properties in existence.

As NFTs grew in popularity in 2021, people expected to see big brands try their hand at releasing their own NFT collectibles. And of course, when it comes to popular brands, it doesn’t get bigger than Disney.

Brands have taken several different approaches when it comes to how they enter the space. While some have run their own drops, many have chosen to partner with native Web3 companies. This last tactic is what Disney has chosen so far.

Until now, VeVe has been Disney’s exclusive NFT partner

So far, all official Disney NFTs have been released through the VeVe NFT marketplace. For those unaware, VeVe is an app-based marketplace that specializes in licensed NFT drops from some of the biggest brands in the world.

It’s safe to say that the move has paid off significantly for both parties. Like most collections on VeVe, Disney NFTs sell out quickly on launch days. Likewise, their prices on the secondary market are usually higher than when they were first sold.

Disney has been technically involved with NFTs on VeVe for nearly a year. That’s because VeVe did an NFT drop based on Marvel Comics property “The Rise of Ultraman” in April 2021. Of course, Marvel is one of the massive brands that Disney has acquired over the years. Additionally, Marvel and VeVe followed up with a number of high profile NFT drops after that.

That being said, the first fully branded Disney NFTs arrived in November 2021. Around this time, Disney and VeVe launched a collection of “Disney Golden Moments” NFTs. These NFTs were released to mark Disney+ Day, a celebration of Disney’s subscription streaming service, Disney+.

As noted above, Golden Moments were the first explicitly Disney-branded NFTs to drop on VeVe in celebration of Disney+ Day. To that end, the NFTs were golden 3D statues showcasing some of Disney’s top properties on Disney Plus.

Not only that, but the collections also launched with a Blind Box format that mimics most NFT mints today. That is, there was a fixed price of 60 gems (more on those later) at launch, and buyers wouldn’t know which NFT they had until the sale ended.

Last but not least, Disney capped off this first week of Golden Moments NFT sales with a drop of 4,333 statues of Walt Disney holding hands with Mickey Mouse. These Ultra Rare NFTs sold for 333 Gems. Given that the lowest price for these rare collectibles is now 16,400 gems, it seems fair to say that these lucky buyers were more than happy to get them before they sold out.

Since then, Disney has sold Golden Moments collections for Valentine’s Day 2022, as well as a collection of Disney Duos NFT on March 19, 2022.

As the name suggests, the Mickey Mouse NFT Collection celebrates Disney’s legendary mascot. It celebrates some of its most iconic moments and iterations over time.

Series 1 of the collection was based on Mickey Mouse’s first public appearance and the first-ever synchronized sound cartoon, Steamer Willie. The collection of approximately 40,000 NFTs had an initial sale price of 60 gems. Launched on December 22, 2021, it also used the Blind Box format to distribute its three different rarity classes.

The second series in the collection featured conductor Mickey from Walt Disney Animations. The band concert. This collection dropped on April 2, 2022, with the same price, collection size, and rarity distributions as the first series.

Disney dropped this collection of nearly 60,000 NFTs on VeVe on January 29, 2022. The collection again includes Mickey Mouse, along with five of his other historical cartoon characters. To list, it also included Minnie Mouse, Donald Duck, Daisy Duck, Pluto, and Goofy.

Disney’s Pixar Pals NFTs followed the size and mechanics of the Mickey and Friends collection, but featuring popular characters from Disney’s Pixar animated films. These NFTs, including characters from Toy Story, The Incredibles, and Monsters Inc, caused a stir when they were released. Needless to say they sold out fast!

Given that VeVe released Marvel NFT collections months before the first Disney-branded collection, it’s no surprise that there are already a ton of VeVe Marvel NFTs out there.

The partnership’s first high-profile drop was a Spider-Man collection on August 7, 2021. Since then, Marvel and VeVe have produced numerous drops featuring some of comics’ greatest heroes. Iconic superheroes from the X-Men franchises, The Avengers, The Guardians of The Galaxy and Black Panther have all been immortalized as VeVe NFT.

How to buy Disney NFTs

First, of course, you’ll need to be setup on the VeVe app in order to purchase any of the existing Disney NFTs. Unlike the broader NFT market, which sees NFTs trade cryptocurrencies like ETH, SOL, or XTZ, VeVe NFTs trade exclusively using the platform’s own currency, called Gems. To clarify, one Gem equals one US dollar.

Once you’ve set up your VeVe account and purchased gems, you’re ready to start collecting NFTs! It is worth repeating that VeVe drops, although occurring frequently, are extremely popular. This means that they almost always sell out within minutes.

The bright side is that you won’t suffer from lost money in failed transactions, as is the case with ETH NFT for example. So, to get the best value on VeVe drops, it doesn’t hurt to try to get in on the initial sale.

Overall, Disney NFTs on VeVe are an exciting proposition. As early collectibles of some of the most valuable IPs in the world, they could become very valuable in the future. Granted, it looks like Disney has big plans in the NFT department for the future. Until then you can download VeVe and get involved now!

Are you tired of missing significant NFT drops?

Just check out our NFT schedule!

Get the biggest NFT news of the day and recommendations in our Daily newsletter.

All investment/financial opinions expressed by NFTevening.com are not recommendations.

This article is educational material.

As always, do your own research before making any type of investment.

Take off for adventure with the new Funko Pop “Lightyear”! The figures