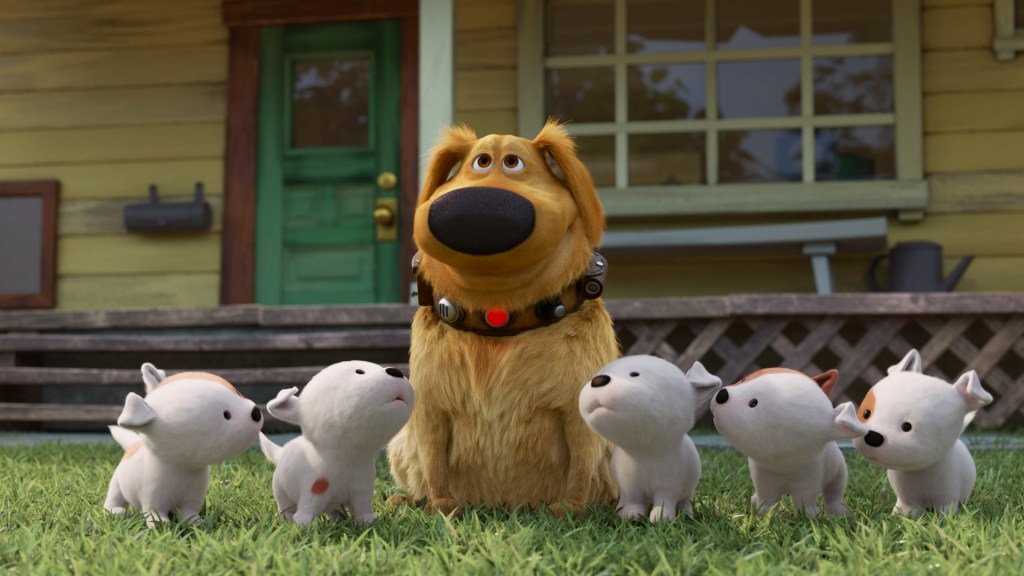 While Pixar is a legendary animation house known for its many Oscar-winning feature films, the Disney-owned studio nurtures emerging talent through its Pixar SparkShorts program.

“Dug Days” is a series of brief cartoon spinoffs from Carl, the cranky old man in the 2017 Pixar hit “Up”, and his best friend, Dug, the dog who steals the stage and who thanks to a device around his neck, can talk to Carl.

“We presented Pixar with a series of short films that showcased the life of a dog, especially its super senses like smell. It gave us doggy feelings, which can be intense, ”explained director Bob Peterson, who also plays Dug.

Ed Asner, who passed away a few weeks ago, was Carl’s voice again.

“We gave Carl a hobby, woodworking. And Dug’s backyard is his whole universe, so we wanted him to have that same cozy feeling.

“We’ve also updated Dug, with new furs and textures. And we finally see the squirrel – he must give Dug a hard time, which squirrels do.

“Dogs,” Petersen added, “have superpowers with hearing and smell, far beyond what we can do.”

Aphton Corbin, the writer-director of “Twenty Something”, worked on “Soul”. She’s been with Disney since 2016.

Corbin’s heroine, Gia, “is coming out for her 21st birthday in the world. With her friends they go to a club. I based my short film on insecurity, to feel like a kid at work. J had to use my own skills to write a script with dialogue.

Because of the pandemic, “I missed having a team to bounce ideas off of. “

“Nona”, a six-minute short by writer-director Louis Gonzales, features a grandmother who enjoys watching wrestling, her energetic 4-year-old granddaughter and a pit bull.

“I had this character, it’s a grandmother that I like. Not like the ones I see on TV. And then there’s that ball of energy that goes away the minute you turn your back.

“Finding the truth in this character meant ‘write down what you know.’ Like my grandmother Pearl, ”Gonzales said,“ I was a little afraid of when I was young. The important thing: she loved wrestling.

“I have a true version of this character. Nona is not Grandma Pearl but definitely an inspiration. The thing that to me made her honest, made her more than just a concept of Grandma Who was a wrestler, this is where we found a grandmother who watches wrestling to remember their deceased loved one.