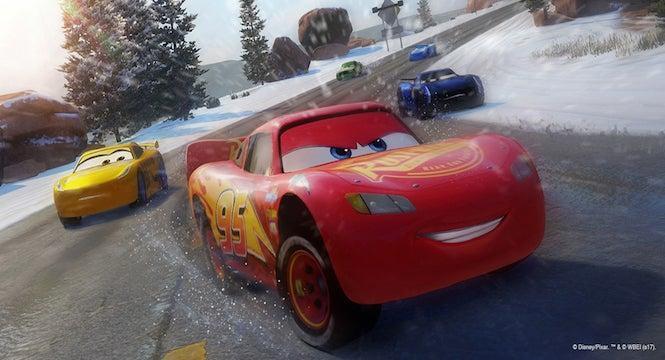 Owen Wilson made his debut as a host in Saturday’s season premiere Saturday Night Live, and finally gave his fans Cars franchise a look at what an R-rated movie can look like in this world. Throughout the sketch, Wilson found himself in a sound booth taking on the helm of the characters played by Mikey Day and Punkie Johnson. Wison was reading the script, which seemed pretty innocuous at first until, of course, the proverbial shit hit the fan.

What followed next included plenty of sexually charged innuendos and other adult-oriented jokes that would never see the light of day in a Pixar movie. While Wilson was initially apprehensive about recording the lines as his beloved Lightning McQueen, a contract thrown in front of him quickly persuaded him otherwise.

Take a look at the sketch for yourself below.

It’s unclear if Pixar would want to pursue a fourth film in the Cars franchise. Larry the Cable Guy, the voice actor behind Mater, said as recently as April that he would like to return to voice the character.

“Well I’ll tell you what I don’t know, but if you hear just let me know and I’ll call Owen,” Larry said. Pop culture when asked about a potential Cars 4. “Because that’s what we’re trying to figure out. You know what, I don’t know. It was a fun thing to do. Obviously it’s one of the only Pixar movies [that’s] has its own theme park. I just feel like they probably know they have this Disney thing up and running. You would think that if you were to set up a billion dollar theme park, you would probably have to keep putting fuel in the tank. You would think. So I do not know.”

Through three films, the Cars franchise grossed $ 1.4 billion at the box office.

“And if they do, then we’ll do another one and I’ll be happy,” he added. “It was a part of my career that is really great because I have kids. When I get out of here and my kids are old they can still hear [their dad’s] voice over a kind of little cartoon. I mean it’s just a really cool thing, and I’m just so blessed and grateful that they asked me to do it. “

Bring your creative ideas to life with this digital animation program