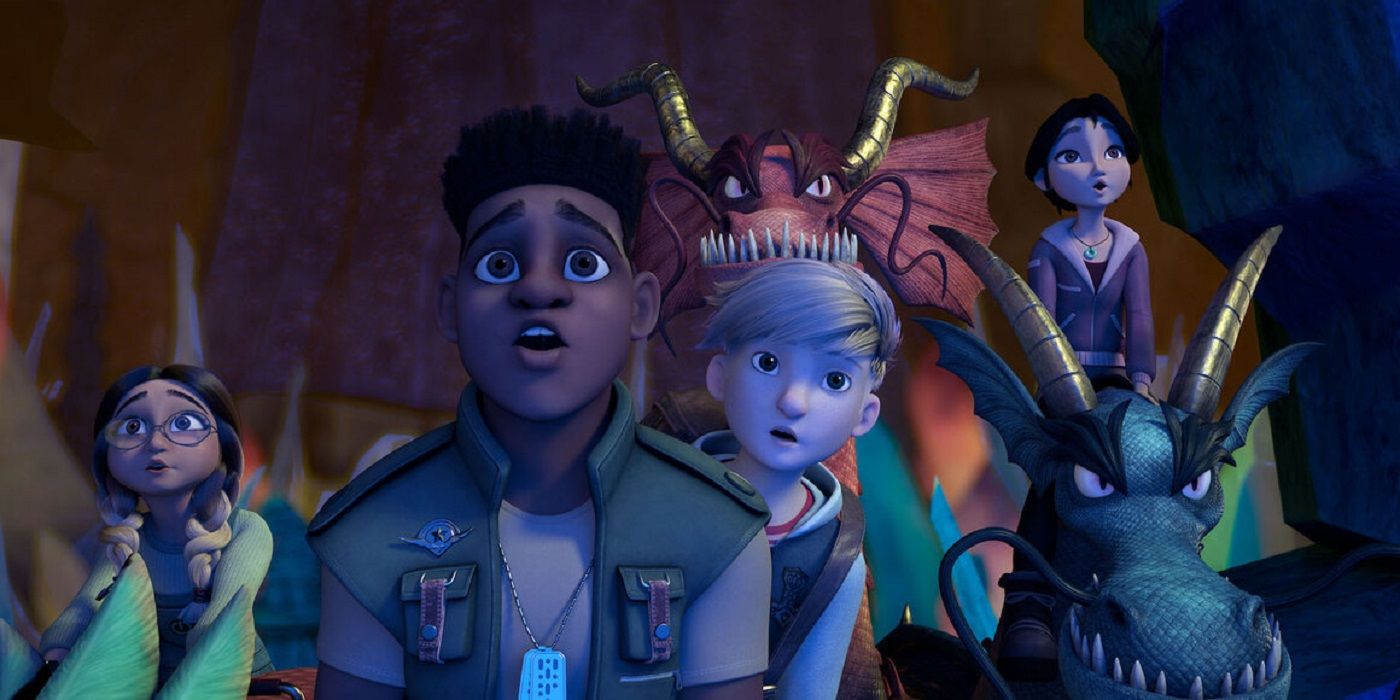 Animated series from Dreamworks Dragons: The Nine Kingdoms returns to the Hulu and NBC Peacock streaming service for its third season in August, and the How to train your dragon-inspired series has delivered its brand new trailer ahead of the premiere! The series that introduced legendary dragons to the modern world returns with an all-new discovery: the Kingdom of Fire.

Shortly after Dragons: The Nine Kingdoms Season 2, when we discovered the Crystal Kingdom, released in May, the Dragon Riders re-enter the Hidden World in seven all-new episodes. This time, riders discover a whole new world within, the Realm of Fire, which means never-before-seen dragons! Still tasked with protecting the secret of the ancient hidden world from humans, the Dragon Riders must learn to navigate the treacherous Realm of Fire safely and guard Buzzsaw (Haley Joel Osment) off the elusive trail of Lightning Bird. In the trailer we see that the Dragon Club can take on the strongest dragon yet and facing the revelation of their secrets.

Based on How to train your dragon franchise, showrunner and executive producer John Tellegenit is The Nine Kingdoms explores an ancient universe hidden from their modern world, set 1300 years after the first film. The idea for the series was born from the third and final installment of the franchise How to Train Your Dragon: The Hidden World who saw the protagonist of the film Viking Hiccup (Jay Baruchel) discovering a magical world where dragons reign supreme, untouched by humans who seek to exploit or destroy them.

RELATED: 10 Dreamworks Animated Movies That Are Better Than Most Disney Movies

In the first season of The Nine Kingdoms, the Dragon Club discovered the secrets of the Caldera, the entrance to the Hidden World, and in Season 2, the Riders encountered all-new dragons, like Bubblehorn, Razorwhip, and Skrill, in the Crystal Realm. In Season 3, the stakes are higher, and so are rising temperatures, as the children traverse a boiling landscape of magma in order to protect the Lightning Bird.

The third season of Dragons: The Nine Kingdoms premieres on Hulu and Peacock on August 18. Check out the official Season 3 trailer and official synopsis below:

Set 1,300 years after the events of How to train your dragon, dragons are nothing more than a legend to the modern world. When a geological anomaly opens up a huge crack several kilometers deep on the surface of the Earth, scientists from around the world gather at a new research center to study the mysterious phenomenon. Soon a group of misfit children, brought to the site by their parents, discover the truth about the dragons and where they were hiding – a secret they must keep to themselves to protect what they have discovered. .