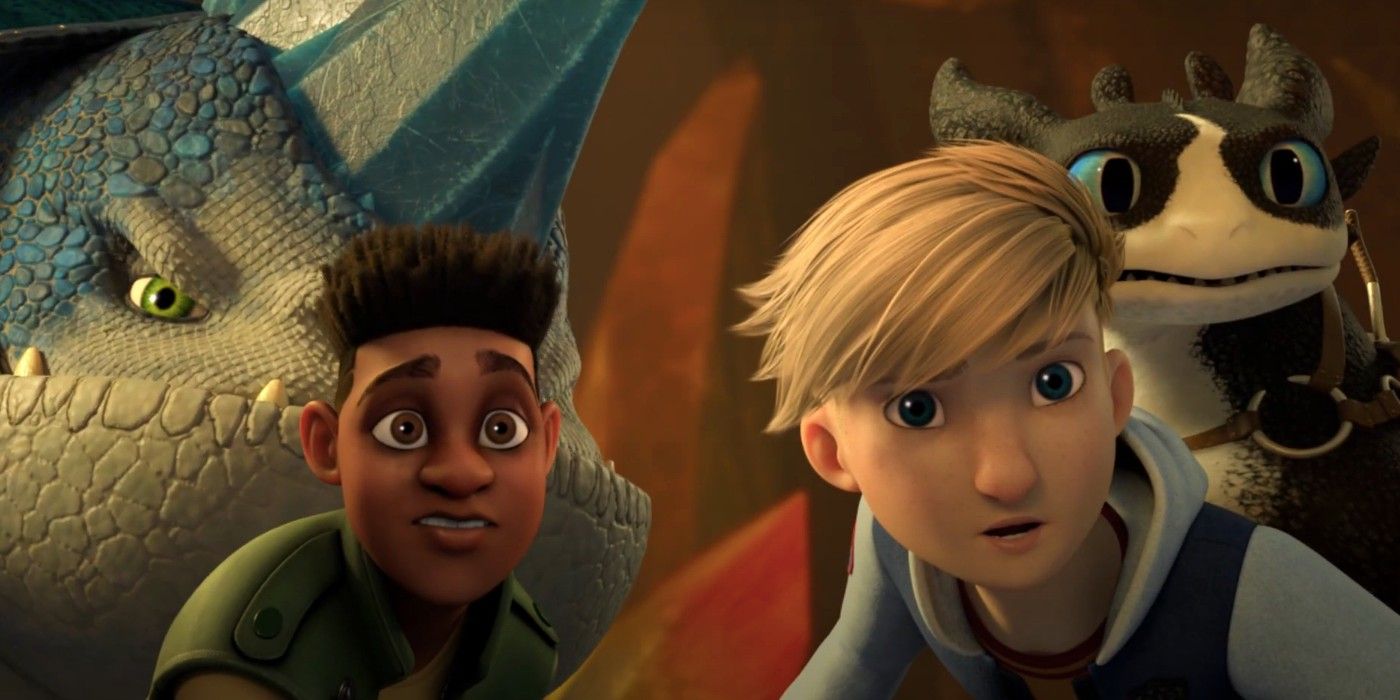 In a new clip from the upcoming second season of Hulu and Peacock’s Dragons: The Nine Kingdomsteens are forced to work together to help a friend out of a scary situation.

From DreamWorks Animation, Dragons: The Nine Kingdoms is set over a thousand years after the events of How to Train Your Dragon and follows a group of teenagers at a research facility, where a large fissure has opened up in the earth containing all manner of mythical beasts. In the season 2 clip, the Dragon Riders must work together to remove a spider dragon that has attached itself to the terrified head of Jun Wong (Ashley Liao). However, they can’t seem to stop arguing long enough to come up with a plan.

According to the synopsis of season 2, the next episode of the How to train your dragon The spin-off series will follow the Dragon Riders and their attempts to keep the existence of dragons a secret as Project ICARIS travels “deeper into the crack”. However, as the synopsis states, “Jun, D’Angelo, and Alex grow increasingly suspicious of Tom and Thunder’s frequent solo quests, revealing Tom’s mission to uncover his Viking heritage and mysterious connection to dragons. ”

“I feel like we’ve managed to keep the heartbeat of the franchise going” Dragons: The Nine Kingdoms Executive producer and showrunner John Tellegen spoke to CBR about the animated series. “Even though we are 1300 years in the future, it still feels How to train your dragonwhich I find wonderful.”

Season 2 of Dragons: The Nine Kingdoms will consist of seven episodes and will premiere May 5 on Hulu and Peacock.

Emily Zogbi is a writer from New York and editor of CBR. Although she holds an MFA in poetry, Emily especially enjoys talking at length about the MCU and why the 2009 animated film Wonder Woman is better than all the others. She would have liked to be a dancer. You can follow Emily on Twitter at @emilyrosezombie.