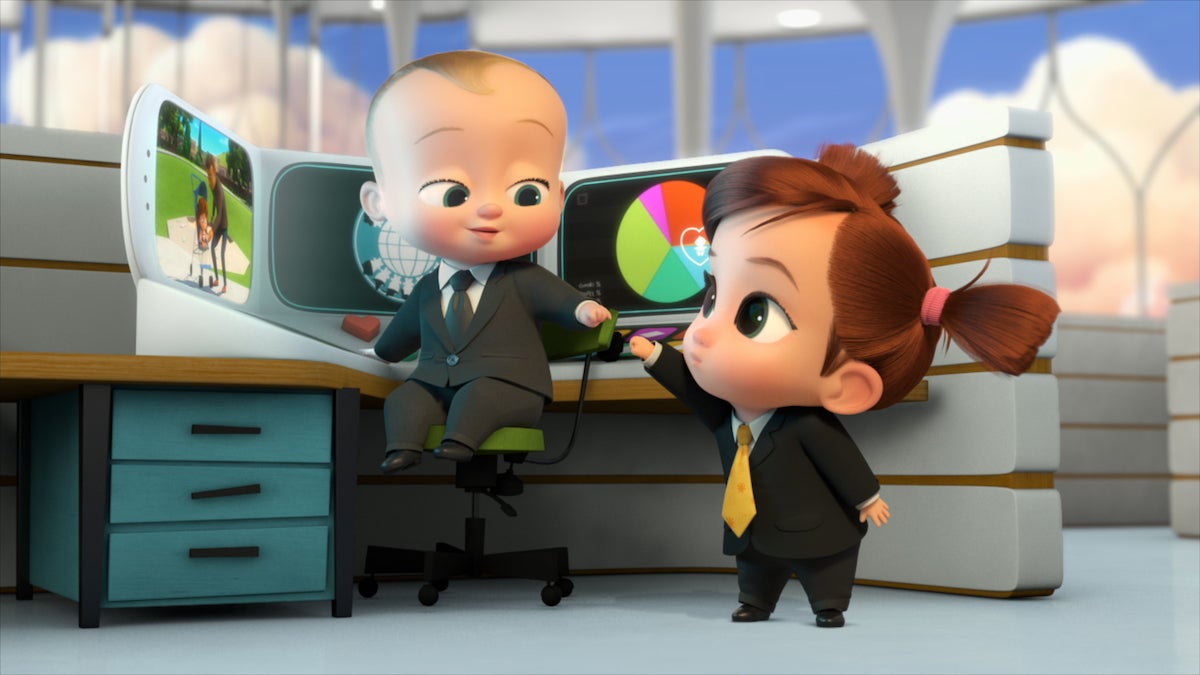 Boss Baby is back in action. The animated baby will star in “The Boss Baby: Back in the Crib” series for Netflix, the streamer announced Thursday with a first image.

The new DreamWorks Animation show, set to debut May 19, follows “The Boss Baby: Back in Business,” which ran for four seasons on Netflix from 2018 to 2020.

The new series follows the events of last summer’s feature film “The Boss Baby: Family Business.” In this case, Theodore Templeton (voiced by JP Karliak) is accused of embezzlement and forced to revert to his former Boss Baby self and crash with his brother Tim and his two nieces, big smart kid Tabitha Ariana Greenblatt and another Baby Corp employee Tina (Marie Farber).

Boss Baby and Tina then team up to lead a new team in an effort to increase Baby Love while warding off the threat of new villains, The Uncuddleables, who attempt to defeat Baby Corp.

While Alec Baldwin voiced Boss Baby in the original 2017 film as well as last summer’s “Family Business,” veteran voice actor JP Karliak handles the role as he did in the series “Back in Business.” .

Along with the series announcement, Netflix also provided a first look at the shenanigans Boss Baby and his friends will encounter, including one of the groups staring off into the corner, looking very concerned about what’s to come.

Another character shot shows Theodore and Tina in the Baby Corp office punching each other (above).

In another, Tabitha supports Boss Baby with her mother (Hope Levy) and father (David W. Collins), who cradles young Tina.

“Boss Baby: Back in the Crib” hails from DreamWorks Animation.

Brandon Sawyer will serve as executive producer. The series will debut on Netflix on May 19.