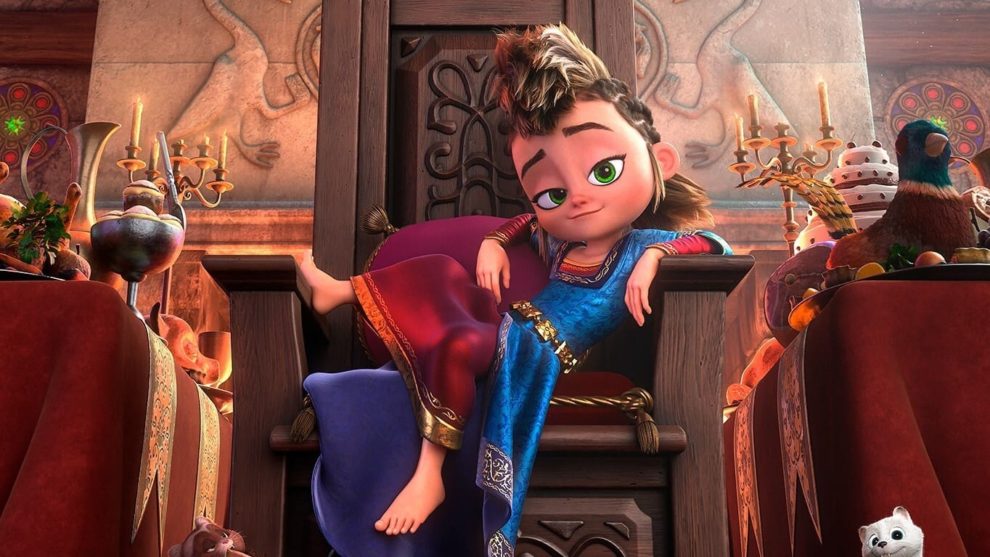 Movie Review: The Adventures of Pil is a brave fight against evil – The AU Review 


The Adventures of Pil is an animated film set in the medieval town of Foggyborough. At her heart is a strong, heroic little orphan named Pil. She embarks on an adventure with unlikely friends for a warm, feel-good outsider, slapstick comedy.

Julien Fournet writes and directs this animated film. This is the third feature film from TAT Productions. While the latter doesn’t have the immense resources of Pixar or DreamWorks, what they provide is an entertaining and colorful story.

This film certainly has a little in common with Shrek insofar as there is an evil character named Tristain (voiced by Pierre Tessier) a sort of Lord Farquaad who is bent on stealing a kingdom. Tristain wants to take that away from the rightful heir, Roland (Gauthier Battoue) who has just reached his majority. pile (Kaycie Chase) snuck into the coronation festivities and witnesses a spell being cast on Roland. This turns the handsome Price into a mystical creature (a cat-chicken hybrid) with the race to find the antidote.

Pil is an interesting character. She disguises herself as a princess to outsmart the benevolent Knight Crobar (Paul Borne). The couple had met before when she stole his pies to survive. He decided she was nothing more than a goblin, a cunning thief.

A motley crew including the weasels adopted by Pil and a group of goofy court jesters together. What they discover is the family they never had as well as offbeat situations. Young children will learn things like honesty and loyalty, but they may find the plot a bit difficult to follow. At least they can marvel at the colorful characters and landscapes, and enjoy the excellent musical soundtrack.

The Adventures of Pil is an adorable little film full of chaos and friendship. It’s not an earth-shattering original tale, but it’s one that will entertain viewers with its magical and fantastical world. Plus, there’s a strong female lead that crushes tired stereotypes. This film is ultimately a clever and fun animation about how a resourceful little girl grows up to find acceptance in an unlikely place.

Review Score: THREE AND A HALF STARS (OUT OF FIVE)

More to explore on the AU: