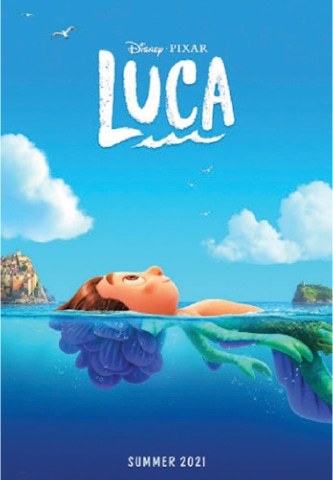 If you’ve heard of “a fish out of water,” then you’re going to love Pixar’s new animated film, Luca, which takes the idiom to a whole new level. In this coming-of-age action-comedy film, a fish seriously comes out of the water to enjoy life to the fullest.

The film revolves around Luca, a sea monster, who wants to change his boring everyday life. Told by his parents that the human world is a dangerous place, the 12-year-old is experiencing something quite different. He visits the nearest town, only to witness the amazing life above the water. He takes on human form when not in the water, but then competes in a competition where swimming was part of the affair. Since water could turn Luca back into a sea monster, how does he manage to keep his secret, that’s what makes this movie interesting!

Set in late 1950s Italy, it revolves around a lot of things. It shows that parents need to trust and love their children because they can show a hidden talent. Additionally, the fact that venturing into the unknown can have its own advantages, as shown in the movie where Luca and his friend went where “no fish had gone before”, and managed to be successful. The twists keep viewers glued to their seats and are a must-have for kids and parents alike.

Directed by Enrico Casarosa, the 95-minute animated film takes us to its own childhood, where it was easy to make new friends, ignore parental advice, and always plan a getaway when the going. ‘other way. Casarosa, who had worked as a screenwriter on Pixar’s Ratatouille and Coco, was keenly aware of what viewers wanted and delivered a story of friendship, strong bonds, and eventual sacrifice. Luca, the amphibious protagonist, is a reflection of our childhood where we all have dreams, but emotional attachment prevails. The movie might bring tears to parents’ eyes, but kids would surely love it due to its rebellious nature.