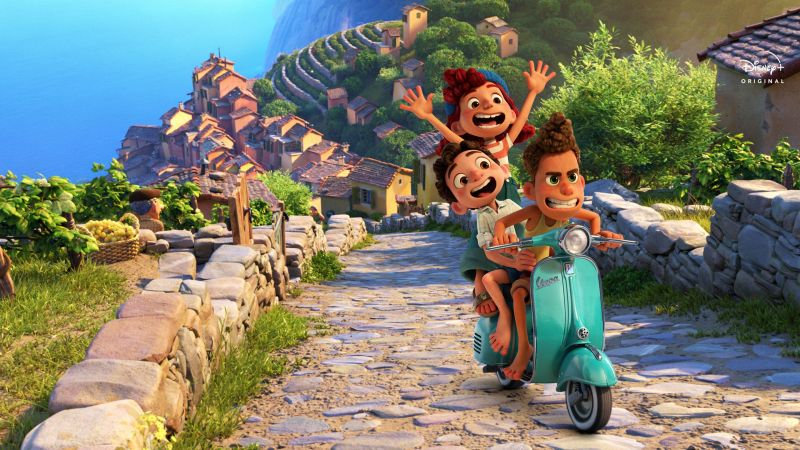 Luca: the Italian Golden Globe hopes for an animated film

The Cinque Terre provide a colorful backdrop for Luca.

Luca, the children’s film set on the Italian Riviera, is nominated for a Golden Globe in the best animated film category, ahead of the awards ceremony on January 9 in Los Angeles.

Produced by Pixar and distributed by Disney, the coming-of-age fantasy tells the story of Luca, a young boy who experiences an â€œunforgettable summerâ€ full of â€œendless gelato, pasta and scooter ridesâ€ with his best friend Alberto.

The boys’ fun adventures are threatened, however, by a deep-seated secret: they are in fact “otherworldly sea monsters just below the surface of the water”.

The original animation is by Italian screenwriter Enrico Casarosa, originally from Genoa, who devoted his first feature film as a director to his childhood vacation in Liguria.

Casarosa was nominated for an Oscar for animated short The moon in 2012 and is best known for his work on films such as Cars, coconut, At the top and Ratatouille.

Additionally, Lady Gaga is shortlisted for a Best Actress award for her role as Patrizia Reggiani in the Ridley Scott film. Gucci House which was filmed in Italy earlier this year.