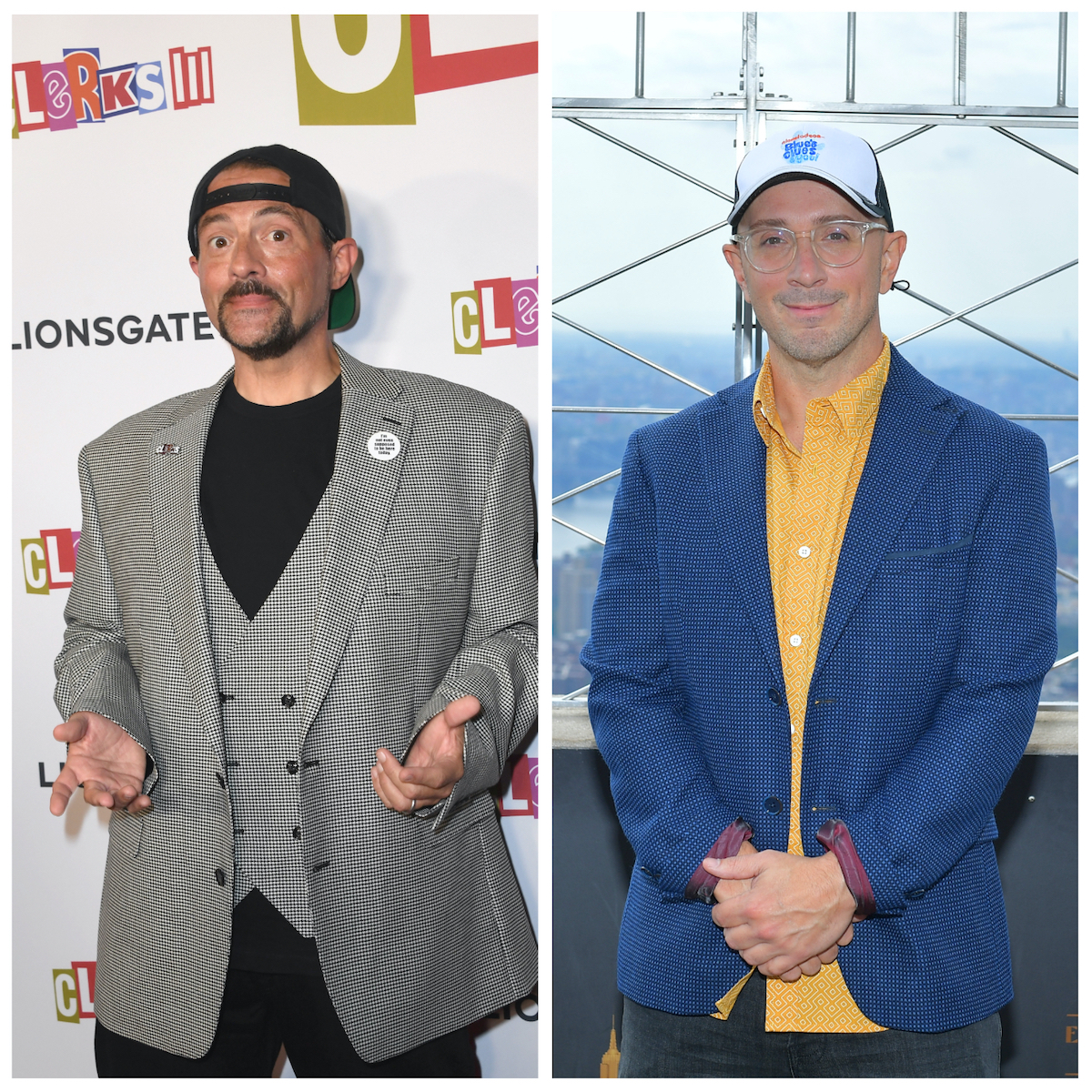 Director Kevin Smith admitted he cried after a chance encounter with the original Blue’s clues host Steve Burns. Burns, who hosted the groundbreaking Nickelodeon series from 1996 to 2002, has become something of an icon for his viewers and their parents.

Smith was one such parent and posted the encounter on Instagram. “I met [Steve Burns] at @fanxsaltlake and was dazzled by the stars!” Smith wrote accompanied by a photo. “When @harleyquinnsmith was a kid, #bluesclues was constantly on in our house – so Steve was like a part of our family.”

He added, “Seeing him today in the flesh turned me into a talkative fanboy. And after he left, I cried. In a day where I met a lot of fans who were moved by meeting me, I discovered what it feels like to be moved by a creator whose work is so connected to my life. I just wish I had my “handy dandy notebook” for an autograph!”

Smith is not the only parent or Blue’s clues fan to get a little emotional upon meeting Burns. Comedian and talk show host Stephen Colbert had a moment when Burns passed The late show. “Although I knew about the show because of my kids, those kids have all grown up and moved on now,” Colbert said on the 2021 show (via Hollywood journalist). “So obviously I have no emotional investment in Steve.”

Then Colbert was speechless as Burns emerged on set for a hug. Colbert asked Burns what brought him to the show. Burns replied, “Just passed by, wanted to see if you were okay,” he said. “I mean, you – you seem a little upset, and I just wanted to know if maybe you wanted a hug. I mean, that’s what friends do, right?”

“I mean if you need it or anything,” Colbert joked. They hugged and Burns said, “Wow, great job Stephen, let’s tell Blue!”

When Burns walked away from the show, he told viewers that his “character” was heading to college. And younger brother “Joe” played by Donovan Patton would take over. Burns then essentially disappeared, leaving fans to speculate that he may have been dead, hence his Instagram handle, Steve Burns Alive.

Burns revealed in a 2006 interview with Nick Jr. that his hair loss was one of the main reasons he left the show. “I knew I wasn’t going to do kids TV all my life, mainly because I refused to lose my hair on a kids TV show,” he said. He was about to turn 30 and wanted to pursue other projects as well.

He made a video in 2021 when Blue’s clues had 25 years to deal with his “brutal” departure. “I just kinda got up and went to college,” he said in the video. Burns reflected on his “college” experience and how his viewers are also college graduates now. Jokingly, “I mean, we started with clues and now what is it? Student loans, jobs and families. He also thanked his audience for their help, which still helps him today.