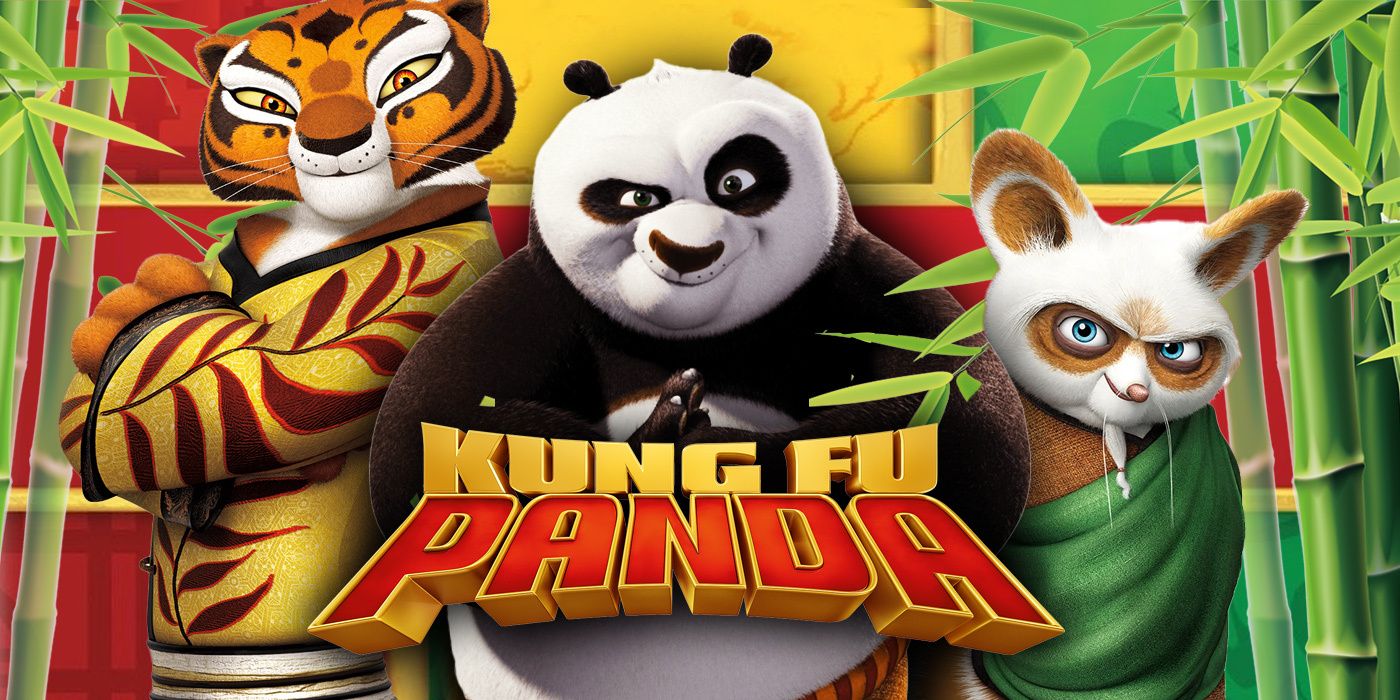 DreamWorks Animation kung fu panda The trilogy is as much a martial arts epic as it is a family comedy. Through the three cinema films released from 2008 to 2016, the adventures of Dragon Warrior Po (Jack Black), Master Shifu (Dustin Hoffman) and the Furious Five in the Valley of Peace achieved a thrilling mix of spiritual awareness, character-driven humor and gripping drama. However, the show’s greatest strength may not be found in its characters, story, or even Jack Black’s voice performance, but in its inspired action animation.

Simply, kung fu panda is about a fantasy world of animated animals that ward off evil with martial arts. On paper, this looks like a basic premise similar to that of Teenage Mutant Ninja Turtles or any other Saturday morning action cartoon, but in execution it takes full advantage of the animation medium and its premise to create action unlike any other animated film in recent memory.

The films’ animation style sought to intricately fuse traditional Chinese martial arts with the animal behavior and anatomy of its anthropomorphic cast. Drawing inspiration from traditionalist kung fu, the various styles of animal-based martial arts manifested in characters that shared their namesake (Mantis, Crane, Monkey, etc.). This gives the films not only a sense of cultural authenticity, but an opportunity to push the art of kung fu and its animal-inspired roots to an aesthetically literal place. Tigress (Angelina Jolie) fights in the martial style that bears his name while moving with the ferocity of a real tiger. The characters perform their combat prowess in a fusion of the traditional and the naturalistic in a way that is physically unattainable by living human actors.

Additionally, from animal kung fu, the elasticity and precision of the animation medium amplifies and exalts the intensity of the films’ fight sequences to a degree that live-action cinema could not capture.

The prison break from the 2008 original is one of the most spectacular sequences in the franchises and highlights the benefits of the film‘s animation medium. The evil snow leopard Tai Lung, voiced by Ian McShane, single-handedly escapes from a mountainside prison fortress designed specifically to hold him through feats of strength and power that showcase his terrifying skills as he mows down legions of rhino guards. The sequence features gravity-defying acrobatics and a springy reality that heightens the character’s visceral cat-like power and the spectacle of his fighting style. Since the camera is allowed to go anywhere and character movements are malleable, the action can defy realism with explosions and use faster-than-life movements, all while staying on the edge of reality. credibility, because every hit and action is rooted in a grounded sense of choreography and impact.

RELATED: Why ‘Kung Fu Panda 2’ Is A Well-Done Anime Sequel

The wolf attack that opens the 2011 sequel also greatly demonstrates animation’s sense of action. Po and the Five come to the rescue of a village of musicians plundered by wolf bandits to steal their metal for Lord Shen (Gary Oldman). Much like the prison break from the first film, the sequence uses kinetic dynamism and exaggeration to make combat fast and brutally acrobatic. This scene also incorporates physical comedy and musically inspired sound design to fully immerse the fight in its surroundings. The clashes and beatings of village bands intertwine with the beatings and beatings of combatants as the Five save the musicians and use instruments as weapons, creating a creative layout and sound palette that is executed with precision through animation carefully choreographed.

kung fu pandaThe action animation of allowed the cartoon animals to adopt humanistic martial arts choreography and move at a thriving speed that made them uniquely visceral and cartoonish in the same breath. Animation in a series of films such as kung fu panda shows that animation’s greatest strengths lie in its suspension from reality and its ability to exaggerate the action for the benefit of the spectacle of the story.

Dreamworks Animated Franchises, Ranked: From ‘Shrek’ to ‘Trolls’ and Everything In Between

How does ‘The Boss Baby’ compare to ‘Shrek?’

Austin Allison is an animated feature writer for Collider. He is also an illustrator, an avid cartoon watcher, and an occasional singer. His karaoke favorites include singing Rainbow Connection as Kermit the Frog and Frank Sinatra’s My Way as Goofy. Check out her Instagram (@a_t_allison) and Twitter (@atallison_) for her latest work and to submit commissions.