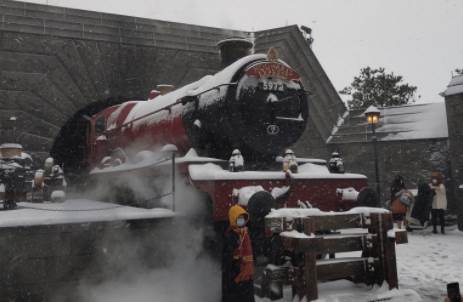 Beijing saw its first snowfall yesterday since Universal Studios Beijing opened in September. While the snow may not seem ideal for a theme park, it fits perfectly with the theme of the Wizarding World of Harry Potter – Hogsmeade.