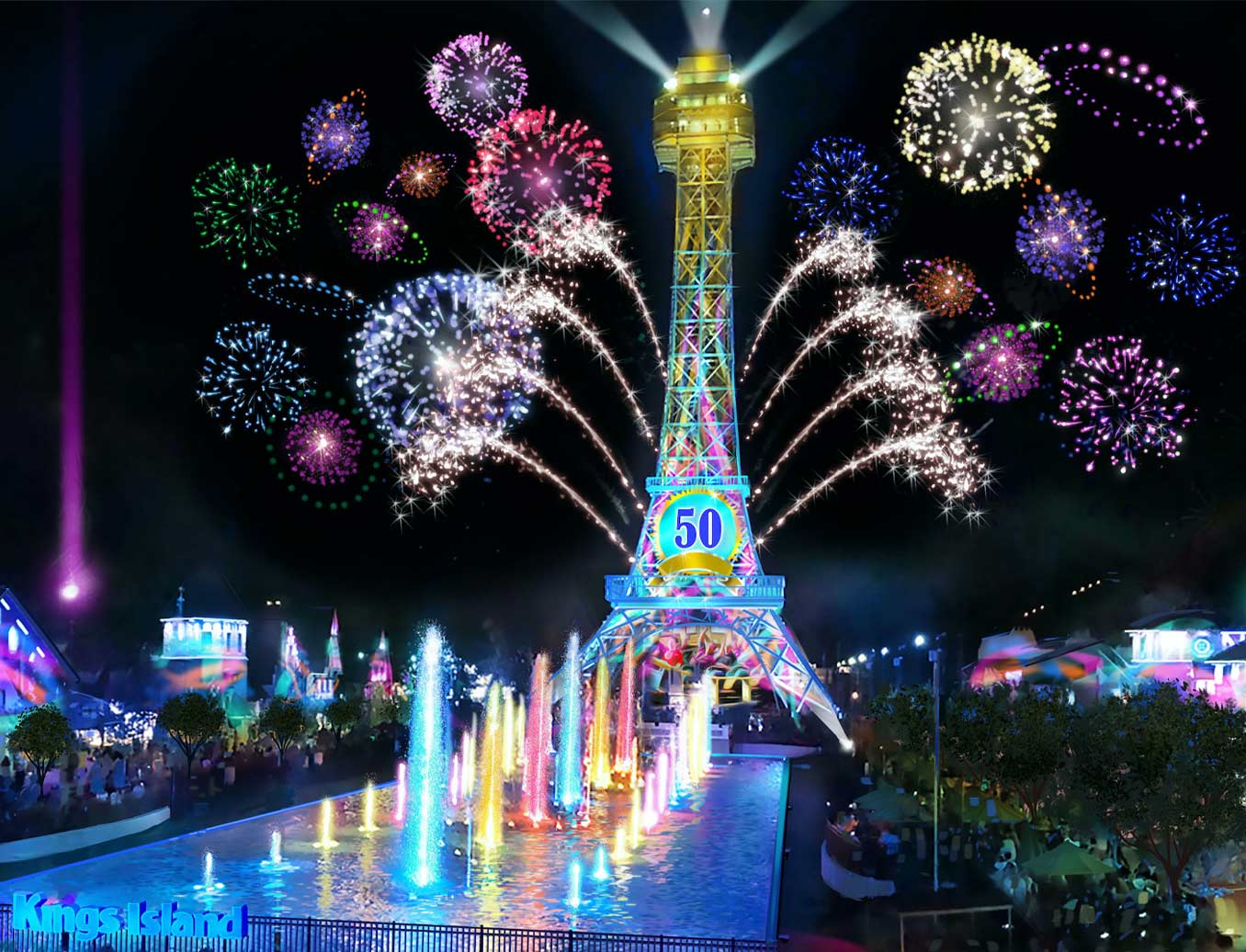 You may have heard that a certain theme park is celebrating its 50th anniversary. No, we’re not talking about Walt Disney World this time. Kings Island located in Mason, Ohio, just outside of Cincinnati, just turned 50 in April.

Over the years, Kings Island has become one of the best amusement parks in the United States. Let’s take a look at some of the history of Kings Island, what makes it a world-class destination today, and the celebration offerings you can experience as Kings Island hosts its Golden Celebration all summer long. .

Kings Island first opened on April 29, 1972, following the temporary closure of the iconic Coney Island. When it opened it was owned by Taft Broadcasting Company. The park featured a legendary coaster, The Racer. The coaster was the first modern twin wooden coaster and it still works today. Guests were greeted by the iconic icon of the Kings Islands, the blue Eiffel Tower which is a one-third replica of the Paris landmark and also appears at Kings Dominion. It also included a Hanna-Barbera-themed land with a Scooby-Doo roller coaster. Additionally, a themed land to pay homage to the Big Island of Coney was included in the park, as many rides from Coney Island were transported and set up at Kings Island.

A lot has changed since the park opened 50 years ago. The park has added many amazing attractions. When the park opened, it included 60 attractions, and now Kings Island has over 100 attractions. Some have been hits like the record breaking The Beast which opened in 1979. These wooden roller coasters continue to be the longest wooden roller coasters and still delight fans. Personally, these are my favorite wooden roller coaster that I have ridden. Other attractions have been notorious failures like the Son of Beast roller coaster which opened in 2000 and seems to have been ahead of its time and plagued with problems during its 9 years of operation. Year after year, Kings Island has continued to grow and add to its impressive line-up. In 1989, a water park was also added next to the park, formerly called WaterWorks.

The park has also changed ownership over the years. Paramount purchased Kings Island in 1992 and many attraction names reflected this change. The roller coaster line included Top Gun and Face/Off and a Nickelodeon themed kids area. However, the names of the rides changed again when Cedar Fair bought Paramount Parks in 2006 for $1.25 billion and thus acquired Kings Island, Kings Dominion, Carowinds, Great America (now California’s Great America), and Canada’s Wonderland.

Coasters like Top Gun and Face/Off were renamed The Bat and Invertigo respectively, and the Nickelodeon area was renamed Peanuts. When this change happened, it was actually the first time in the park’s history that it no longer included a Scooby-Doo-themed attraction. In 2012, the water park known as Boomerang Bay at the time was also renamed Soak City and received significant upgrades.

The greatness of Kings Island continued…