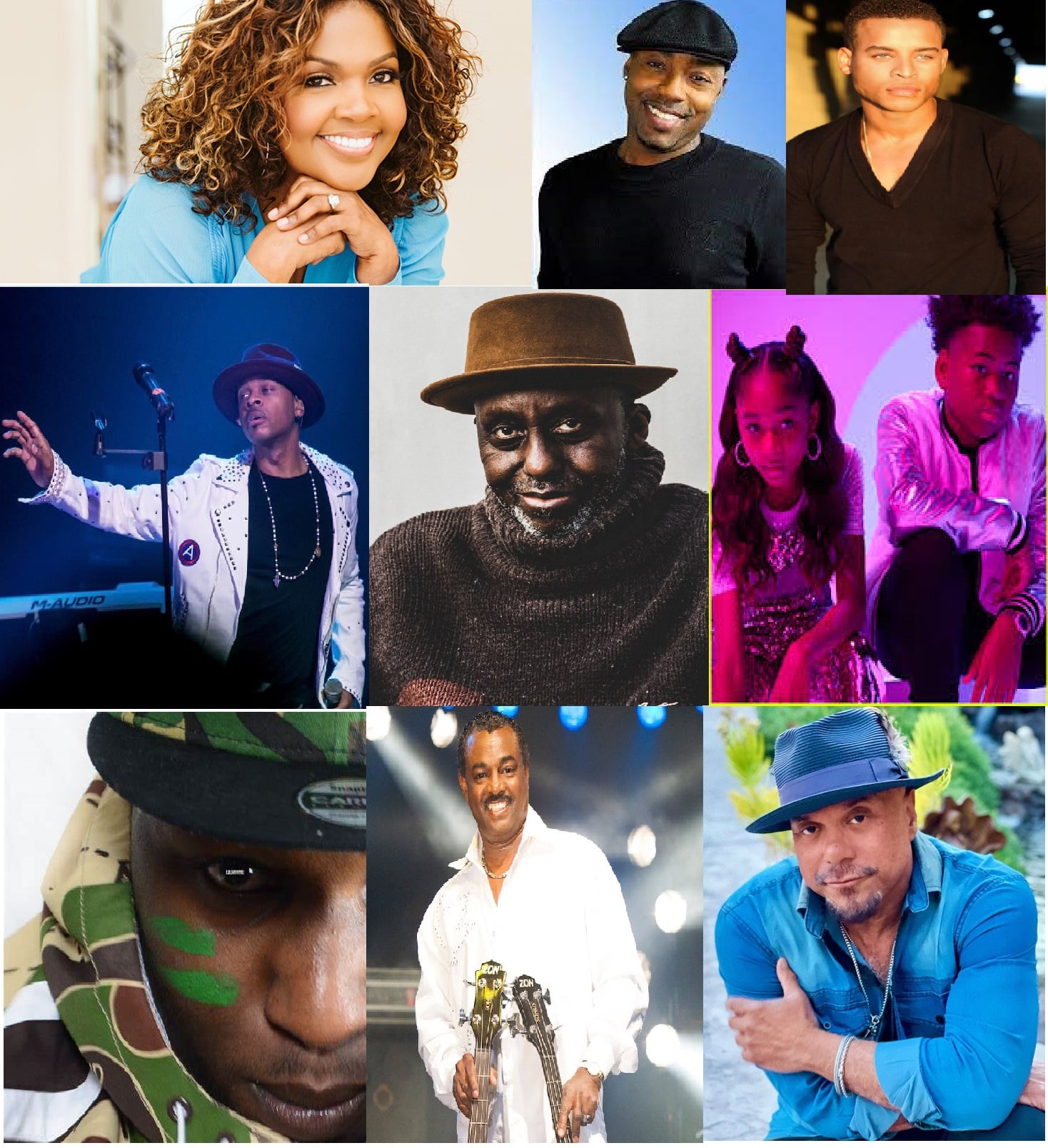 * “Have enough faith to believeâ€¦ God answers faith,” said 12-time Grammy winner CeCe Winans-Love in an interview with me for my The pulse of entertainment syndicated column at the start of 2021. This is the message that resonated with most of the artists interviewed in 2021. This is the message of Cece’s new project â€œBelieve For Itâ€ which started the year. Just after a year of confinement due to a new unknown ‘virus’ in 2020, 2021 had been a little hesitant to go out and socialize. So I saw a lot of releases – singles, albums, EPs, movies, TV shows – that expressed the frustrations of this uncertainty. For The pulse of entertainment, it was mostly about interviews and project reviews again this year due to vaccine needs. Most of the projects have tried to allay the fears and uncertainty of their fans and encourage them to believe that everything will be fine. An interview with living legend Dionne Warwick (“Alfie”) about her newly formed partnership with an interior design firm – a spin-off of her own design firm for over 30 years, but to include design from business.

Warwick said the design: â€œIt goes hand in hand with the music. “

Once she explained the similarities to me, I also saw how the design of music and the design of interiors of homes and businesses are.

Besides CeCe’s “Believe For It”, other projects I had interviews for in early 2021 – which wanted to inspire and encourage – included Robert “Cool” Bell who spoke about the “Pursuit of Happiness” album. by Kool and the Gang; Pop singer Joss Stone has spoken about his single “Walk with Me”; The release interview for Rock’s The Lonely One album “Change the Station” followed; there was the â€œHold Me Closeâ€ interview with RCA Inspiration’s Kelontae Gavin; Magazine of the Gospel today publisher and founder Teresa Hairston published her inspiring book â€œUnstoppableâ€; David Spencer of the burgeoning gospel duo David & Tiffany Spencer was interviewed about their single “We Are One”; Pastor Dr. Sheryl Kenan-Randolph (Destiny Church) spoke about his memoir Life is coming, live anyway; “Sunday Best” winner Joshua Rogers has been interviewed about his single “Still Gon ‘Trust”, and hip-hop newcomer Lil’ Hyste has spoken about his hit “Pandemic”.

There was an unusually large amount of grants going to historically black colleges and universities in 2021, so I contacted my Alma-Mata Morgan State University and had the pleasure of interviewing the Assistant Dean (at then) Jackie Jones on Â½ million dollars from NBCUniversal to Global Journalism and Communications to create the NBCU Academy. I interviewed the very funny Pastor Richard Hartley (Haven International Ministries) who teamed up with USA Network for his reality show “The Rev”. I also had the pleasure of interviewing Jackie Patillo, head of The Dove Awards / Gospel Music Association. We talked about his plans for the future and the 2021 Dove Awards. Another living legend interviewed was Grammy winner Howard Hewett (“Say Amen”) about the street he grew up on in the Ohio has been renamed Howard Hewett, Jr. Way. Interviewed by actor / director Robert Ri’chard (“Vampire Diaries”) about his role – intended for the late Nipsey Hussel – in Lifetime, based on a true story, the film California Love.

In mid-2021, I interviewed fellow living legend actor / producer / director / writer Bill Duke (Commando Predator) about his role as a gangster in Warner Bros. movie No Sudden Move. Picture and the launch of its own YouNite broadcasting network. Although few in number, I covered a few movie premieres, like DreamWorks‘ virtual press conference for the Spirit Untamed animation release, and interviewed the director of this project, Elaine Bogan. I also covered the premiere of a new season of Nickelodeon‘s â€œYoung Dylanâ€ with an interview with rapper star Dylan Gilmer. An interview with Nickelodeon’s Alaya High followed, also a rapper, about her show “That Girl Lay Lay”.

A lot of events have been put online, like these press conferences for movie releases, and therefore my review of the Imagination Lunchbox International Children’s Film Festival and an interview with multi-award-winning acting and filming prodigy Anthony Michael Hobbs (PBS / DreamWorks) and his manager, Dr. Kerri Moseley-Hobbs (Anthony-Michael.com). The ILICFF online event showed us everything we learned about â€œliving onlineâ€ because they both expertly overcame the technical challenges that arose. Another film festival interview followed with Jeff Friday on the 2021 American noir film festival, which could be the biggest black film festival in the world, and lead producer / director Will Packer who was an honorary judge at ABFF. An interview with four-time Emmy-winning media personality Tanya Hart (AURN) followed about her partnership with Flying Free Films to produce the French documentary film Sweet Black, about noir cinema pioneer Melvin Van Peebles. I also interviewed Grady Hendrix about the 9e Old School Kung Fu Fest: Joseph Kuo Edition who screened a series of restored films by legendary martial arts filmmaker Joseph Kuo.

Further exits of projects to encourage and inspire continued with interviews with Pastor Dr. E. Dewey Smith (The House of Hope) about his album “Your Presence is a Gift” on his own label Pebble Street Records. ; rapper Jor’Dan joins the large number of Hip-Hop artists doing the same, his interview was for his single “My God”; an interview with Japanese / African-American pop singer Aya Ito followed, we talked about her single â€œSomething Newâ€ which speaks of her excitement about being back and on tour; Dawkins & Dawkins gave me an interview about their album “Never Gets Old: Faith & Favor”; Mint Condition’s interview with Stokley was about his solo project “Sankofa” on Terry Lewis ‘new Jimmy Jam and Perspective Records with Snoop Dogg, HER and Wale’, and Curtis Harmon, co-founder of Pieces of a Dream, spoke about Pieces of a Dream’s album “Fired Up”, also an indication of their excitement about returning on tour.

â€œCall the name of Jesusâ€¦ There is power over Satan in his name,â€ another notable quote from 2021 was from Howard Hewett in another interview with him in late fall 2021 about the reissue from his single â€œTo Thee I Pray.â€ As 2021 drew to a close, many interviews focused on Christmas projects such as â€œChristmas with Barsâ€. I had the pleasure of interviewing Bishop Frederick & Dr Erica Barr (I Am Life Church) about their Christmas album and Baltimore superstars Brandon Camphor & OneWay re-released “Christmas Joy”. www.ThePulseofEntertainment.com

SYNDICATED COLUMN: Eunice Mosley, MS, MBA, MPhil has an estimated weekly readership of over Â¼ million with The pulse of entertainment. She is also a public relations strategist and business management consultant at Freelance Associates, and director of promotions (at-large) for Baltimore weather. www.ThePulseofEntertainment.com. EVENTS: Uplifting Minds II Entertainment Conference (ULMII), founded by Eunice in 1999, is in its 23rd year. The next events are coming Baltimore Saturday April 16, 2022 presented by Security Square Mall and Baltimore weather, and Los Angeles On Saturday, November 5, 2022 via Zoom. The ULMII event is a free entertainment conference offering Professional industry panel question-and-answer session, a Professional Talent showcase and national Talent competition (singing, songwriting, dancing and acting) where budding artists have the chance to receive over $ 16,000 worth of prizes / products / services. You can log in www.UpliftingMinds2.com for more information, or for RSVP, for Zoom Access. [emailÂ protected]

What’s playing on Disney + in 2022: a streaming service will feature “The Book of Boba Fett”, “Welcome to Earth” and “Eternals”