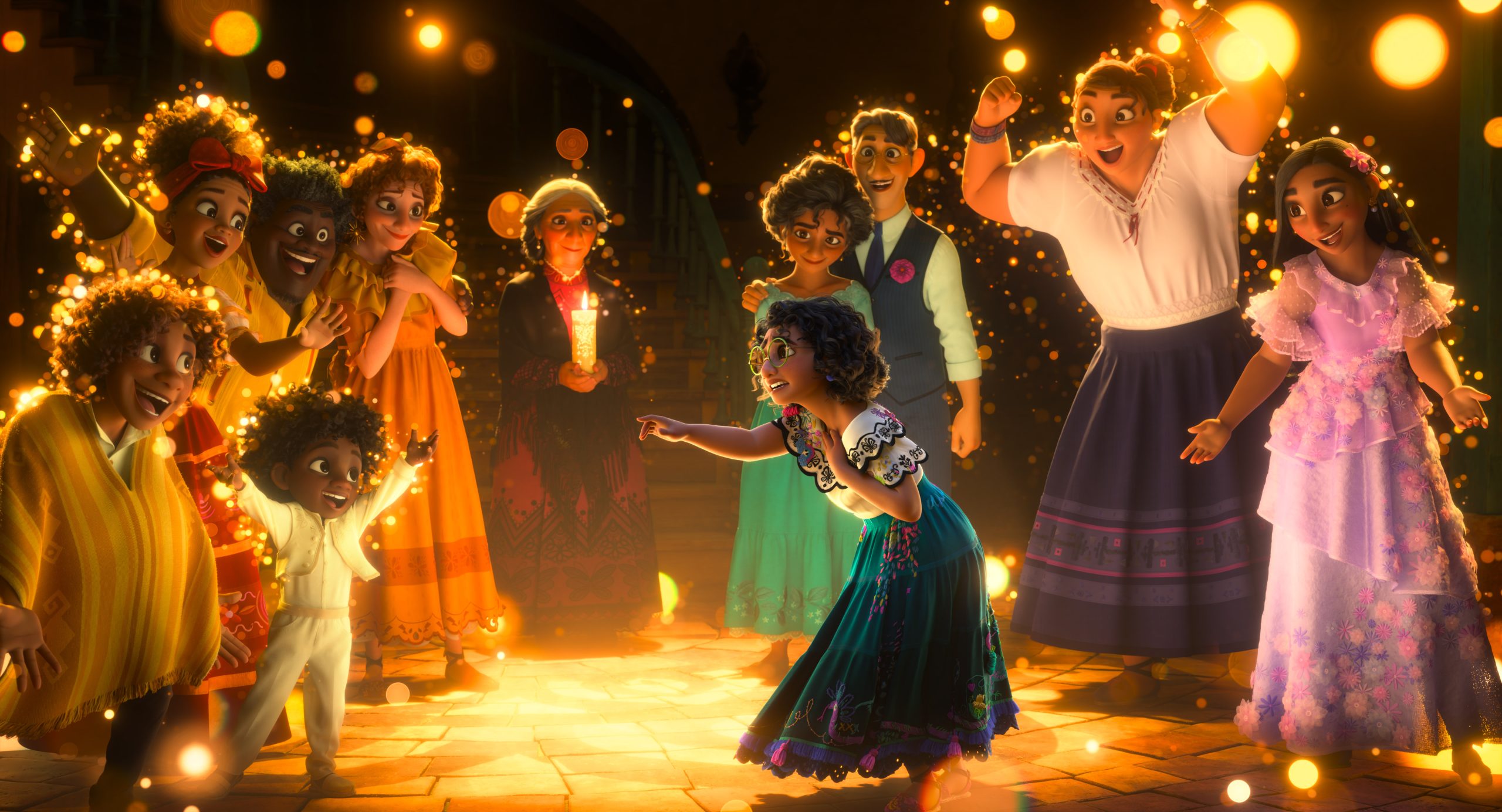 Walt Disney Animation Studios’ Encanto, featuring brand new songs by award-winning Lin-Manuel Miranda, tells the story of the Madrigals, an extraordinary family living in a magical house in the Colombian mountains. But when Mirabel, the only ordinary madrigal, discovers that the magic surrounding their home is in danger, she may be her family’s last hope.

For an in-depth reflection on Encantoplease see my colleague Payton Coelho’s review from its original theatrical release here.

Encanto comes to Blu-Ray in stunning, dynamic 1080p transfer. In all honesty, it’s hard to imagine a better looking new Blu-Ray release. The colors present in this transfer practically jump off the screen with the wide range of hues permeating every inch of the frame. There are different environments that allow the transference to show itself in different ways. The textures, from character designs to environments, are hugely impressive and give the film a real sense of depth. One of the areas where Walt Disney continues to surpass every previous effort is in the fluidity of character design. All individual hair strands are unique and presented in a subtly more natural way. The level of detail these animators put into each environment shines through here. Black levels are incredibly strong, with no trace of compression artifacts or such digital anomalies. That’s about as close to perfect as a Blu-Ray disc can get. A 4K UHD Blu-Ray is available, but it was not made available to me for review. I can only guess that it is so gorgeous it will make you faint.

This Blu-Ray uses a DTS-HD 7.1 Master Audio track which gives this music-centric film an accurate spatial awareness, if not a bit lacking in raw power. The focus is on the front channels for a good portion of the sounds, but activity kicks in in the surroundings and rears during performance sequences and action-oriented tracks. The importance of music in the narrative cannot be underestimated, and this track pumps those lovely notes straight through your body in a truly satisfying and enveloping way. The dialogue is crisp and clear without ever getting lost among the music or sound effects. The low-end effects of the subwoofer suffer slightly from not having the greater response you might want during the most intense moments. Atmospheric sound effects are rendered appropriately in the mix so directionality is never an issue. This track really opens up in a hugely impressive way that engages all speakers. Presentation is very satisfying aside from the desire for more aggressive low-end response.

Encanto is a visually stunning feature that offers incredibly catchy songs and an exciting perspective that is often lacking in Hollywood. The film isn’t without its pacing issues, but overall there’s a lot to love about this heartwarming and hilarious tale. The movie might feel a little lighthearted at first, but it’s a movie that sticks with you and grows over time. Disney has released a Blu-Ray that sports a superb A/V presentation and a surprising assortment of special features. The push for more diverse perspectives has only produced more exciting storytelling that keeps Disney from feeling too outdated. This one is sure to be a favorite in many collections. Highly recommended

Note: Images shown in this review do not reflect Blu-Ray image quality.

Disclaimer: Disney Home Entertainment has provided a free copy of this disc for your review. All opinions expressed in this review are the honest reactions of the author.

Dillon is most comfortable sitting in a theater all day watching both big-budget and indie films.