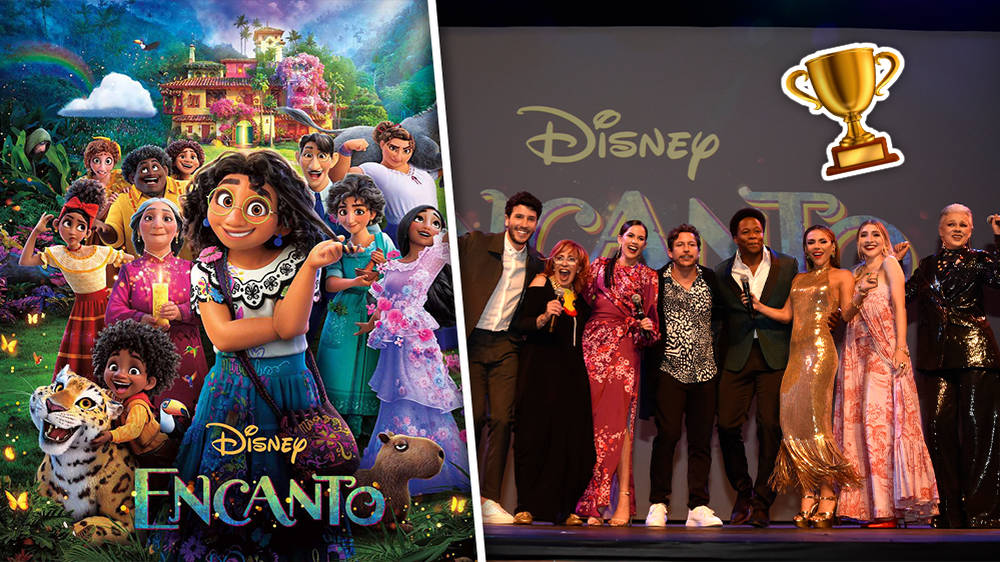 ‘Encanto’ broke records by topping the charts with ‘We Don’t Talk About Brunel’ on The Official Big Top 40.

We have a brand new UK number one song with “We Don’t Talk About Bruno”!

The cast of the Disney mega-movie Encanto topped the charts with their wildly popular piece of animation.

“We Don’t Talk About Bruno” is the highest-ranking song in a Disney animated feature film. In fact, the song is bigger than Frozen’s “Let It Go,” which only reached No. 10 on the Official Big Top 40.

It is clearly impossible to avoid the conversation about Bruno!

“Cold Heart” by Elton John and Dua Lipa was knocked out of the top spot but remains in the Top 10.

‘Make Me Feel Good’ Jumps An Impressive 12 Spots As It Compete For Number One This Week – Could It Beat The Cast Of Encanto next week?

This week’s biggest climber goes to “Bat Out Of Hell” by rock legend Meat Loaf – also known as Michael Lee Aday – who sadly passed away earlier this week.

Fans have paid tribute to the iconic singer and actor since the news broke, bringing a total of three of his songs to the charts; including “Two Out of Three Ain’t Bad” and “You Take the Words Right Out of My Mouth”.