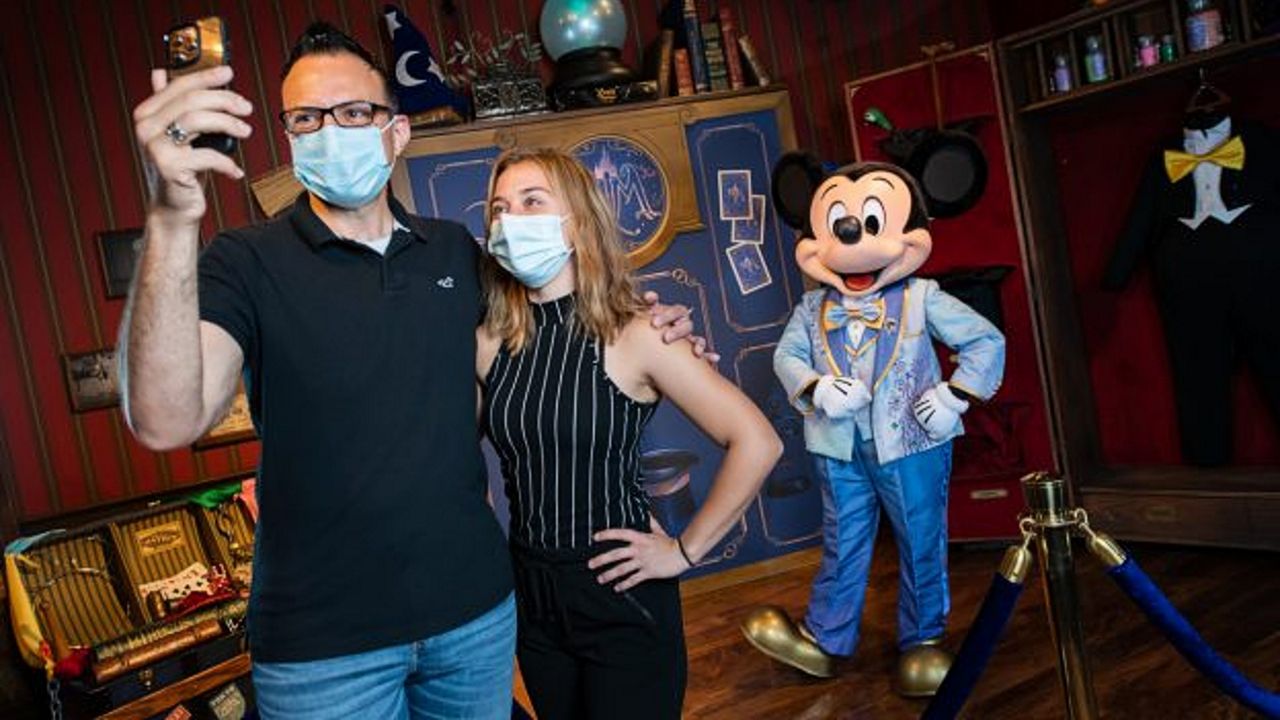 However, interactions between the characters will be socially distanced, which means no hugs or autographs.

“While the environment isn’t conducive to hugs and autographs, you’ll soon be able to spend some one-on-one time with some of your favorite characters, visit them at themed locations, and snap a photo or two,” Disney told Tuesday at an article on his official parks blog.

At the Magic Kingdom, visitors can meet the Disney Princesses at the Princess Fairytale Hall and Mickey Mouse at the Town Square Theater. Mickey will be wearing his 50th anniversary EARidescent outfit.

Disney did not release an exact start date for the meetings.

Instead of the traditional encounters, Disney presented its characters in cavalcades. In Tuesday’s blog post, Disney said many of these experiences will continue.

Disney’s Animal Kingdom will offer live music again, with Chakranadi and Kora Tinga Tinga returning next week. The Tam Tam Drummers will be back in the Africa section of the park in early November.

Some entertainment returned last week as Disney World kicked off its 50th anniversary celebration. At Epcot, the Alberta Bound performs again at the Canadian pavilion, the Taiko drummers are back at the Japan pavilion and Sergio is back at the Italy pavilion.

Disney has said it will share more details on other entertainment “very soon.”