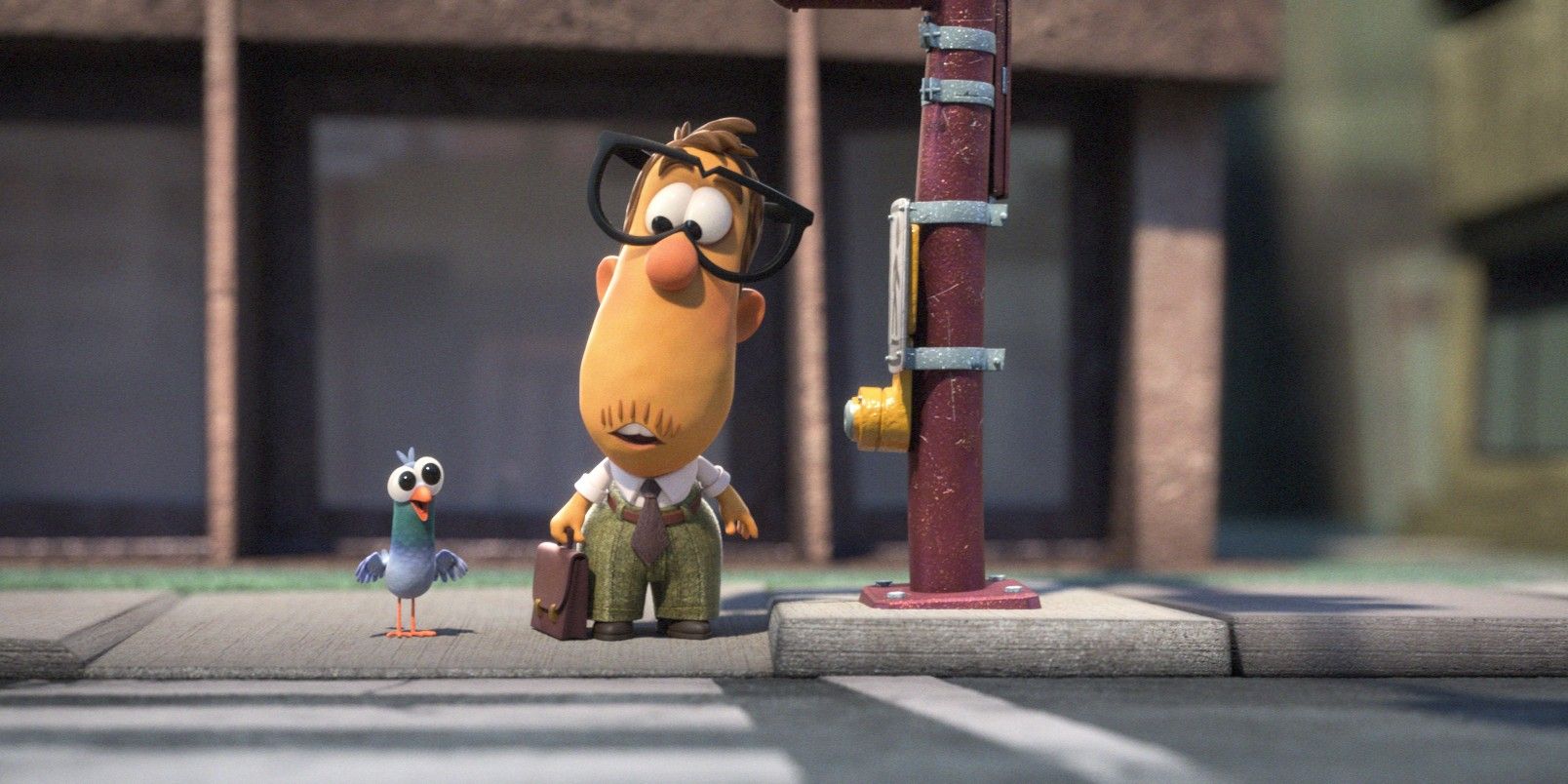 Disney + Short circuit is an inventive series that brings together the talented animators of Walt Disney Animation Studios to create an original animated short. Orchestrated by Production Manager Jennifer Newfield, each team is formed around the unique idea of ​​an animator and has the resources to bring their vision to life on screen. Short circuit Season 2 premiered August 4 on Disney +, featuring the debuts of five original animated shorts: Ryan Green’s “Crosswalk”; “Going Home” by Jacob Frey; “N ° 2 de Kettering” by Liza Rhea; Kim Hazel’s “Barbarian Dinosaur”; and “Songs to Sing in the Dark” by Riannon Delanoy.

At a press conference CBR attended, each director shared what inspired them to create their stories and explored how their ideas evolved once they started working on their shorts with their team. . Knowing better than anyone that bringing an idea to the screen takes a lot of research, coordination and planning, Newfield also shared how she coached each director.

“For me, that keeps me on my toes every time saying, ‘How do we accomplish what you’re trying to build in a condensed period of time and essentially condensed screen runtime? How can I best go back? into my skill set, and think about all of my pipeline experience, and do my best to support directors in the way their specific shorts need? Newfield said. “Every short film is organized and every short film has extremely different resource needs. For me, just pivoting, making sure that I deliver everything every director needs in a very short period of time tells me what to do with it. always more about my job as a producer, as a production manager – as someone who supervises a large part of their teams. “

Director Ryan Green, a screenwriter who has worked on hit Disney films like Frozen 2, explained how intimidating this program was at first. “I just thought I had to have all the details, and I was scrambling to find things,” he said. “Then the first two meetings, just realizing that I can talk to these people who are experts, and they’ve been doing it for years, and they know their stuff so well and their specific part of the pipeline… I learned that the job of the director is just guiding the conversation, and the director has to keep in mind the clarity of the theme, and just the consistency of the style, and just let the artist flourish. “

Echoing Green’s point of view, Jacob Frey, an animator who has worked on films like Ralph breaks the internet, also mentioned that he found it a bit difficult at first to trust the process that was going on when he started. “I’m so used to doing the job myself, now I had to delegate the work to others and really trust them and let them blow up their jobs,” he said. “Then being surprised how much they add to each shot with their own ideas. I think it was a great experience for me, but also being a director – someone who supports them and maybe makes them. tasks that others weren’t super excited about. “

Newfield added that a specifically unique part of Short circuitThe agenda was how she coordinated people to be together in the same room, which would likely need input from each other, such as a facilitator and a modeler, which benefited both to Frey and model maker Liza Rhea. “I’m a model maker at the studio, so I spend a lot of my time in this band doing what I do and working in the pipeline that I know best,” Rhea said. “When I realized, I started to realize that I actually had to figure out how to communicate with so many other departments… approach that when it comes to our pipeline?”

Kim Hazel, an animator who recently worked on Raya and the last dragon, was delighted with the way Short circuit connected her with like-minded talents. “I really appreciated the enthusiasm, creativity and ideas that the whole team at ‘Dinosaur Barbarian’ brought to the table,” she said. “Letting people run with something they’re really passionate about gives really good results. It was just super fun to see people do something in a really exciting way. It was the enthusiasm. It was contagious. “

Riannon Delanoy, an animator who worked on the Oscar nominee Moana, explained how she learned the importance of being grounded while creating with a team. “I think one of the most important things I’ve learned is just to be calm, because when you’re calm and centered, the whole production goes more smoothly,” Delanoy said. “People have more fun. Sometimes, especially when it’s your first time leading things, you’re like ‘Oh my God I can’t mess it up’, but it’s really like you’re more. centered, everything else becomes calmer and more serene, then you really have fun. It’s like I had so much fun meeting people, working with them and being inspired by their ideas. Everything was a delight. “

Newfield concluded by stating how proud she was of the collaborative aspect of the program and the series as a whole, stating, “We meet well before their short debut. that they start after their selection, so we can have really deep conversations and I can learn what their goals are, both creative factors, but also what they want out of the program, what they want what ‘they focus. I end up succeeding and accompanying them in their creative vision behind the scenes. “

“It’s a very big challenge and there are sometimes difficult conversations along the way, but only out of passion,” she added. “That’s okay with me. If it’s a conversation out of passion for your idea and your short, and trying to make it the best it can be, I’m always ready to come to the table. or to fight for the resources that they may need. “

Cass started writing for CBR in 2016, but they took a break after making a call from the mythical land of Midian. In 2020, they returned from their secret and monstrous adventures to re-board the CBR ship as editor and crew reviews interviewer. Cass holds an MA in Fine Arts from Emerson College with a focus on Fiction and a BA in English Literature from Suffolk University. Their writings have already been published on B * tch Flicks, Electric Literature, Catapult and other sites that love geek and fantasy. Their favorite comedy series is Alias ​​and their favorite superhero movie is Hellboy from 2004. They have a soft spot for horror and are always keen to learn more about upcoming projects in the field. Follow them @Cass__Clarke. Discover their previous work on their author’s website here. All press inquiries can be directed to their CBR email address: [email protected]