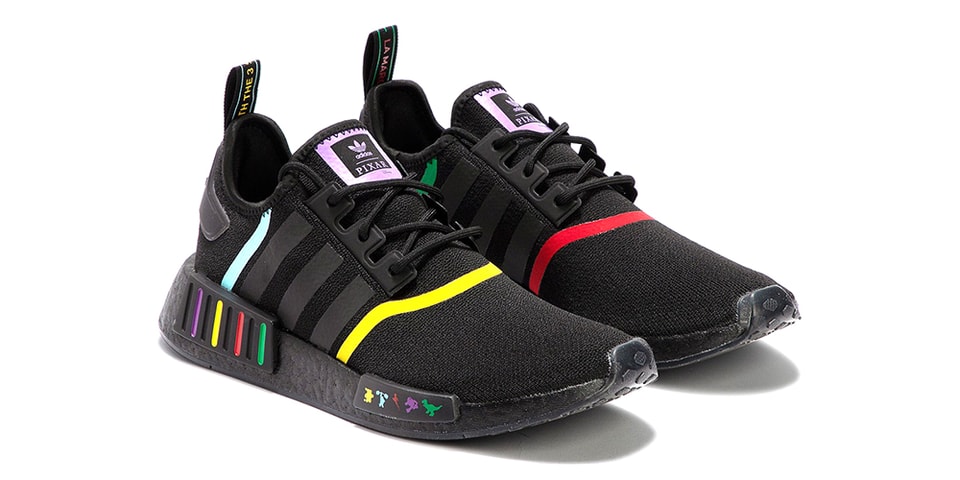 
adidas Originals continues to liven up its sneakers with a new collaboration with Disney Pixar, this time reworking the NMD_R1 with a host of familiar characters.

The collaborative pair follow the news of a Sean Wotherspoon x Disney x adidas Originals Superturf “Jiminy Cricket” tease as well as previous collaborations such as Toy story x adidas released in 2019. For this NMD_R1, it’s about celebrating some of the Pixar group’s favorite icons, as characters like Buzz Lightyear and Rex from Toy story thanks to the black cap of the midsole at the forefoot of the shoe.

Elsewhere, we find contrasting colors on the ribbon that covers the Primeknit on the upper and rear quarter appearing in different hues on each foot, while other colors have been added in the grooves of the midsole cap of the back heel. Dual Pixar and adidas Originals Trefoil branding adorns the purple tongue labels, and on the back, the webbing heel tabs that read the adidas Originals ‘Three Stripes’ slogan in multiple languages ​​are also decorated in colors such as red. , green, blue yellow.

The collaborative sneakers are completed with Pixar-covered insoles and a set of round black rope laces that thread through the iconic eyelet placket of the NMD_R1.

The Pixar x adidas Originals NMD_R1 can be seen above and purchased from retailers such as HBX now, where it costs $ 158 USD.