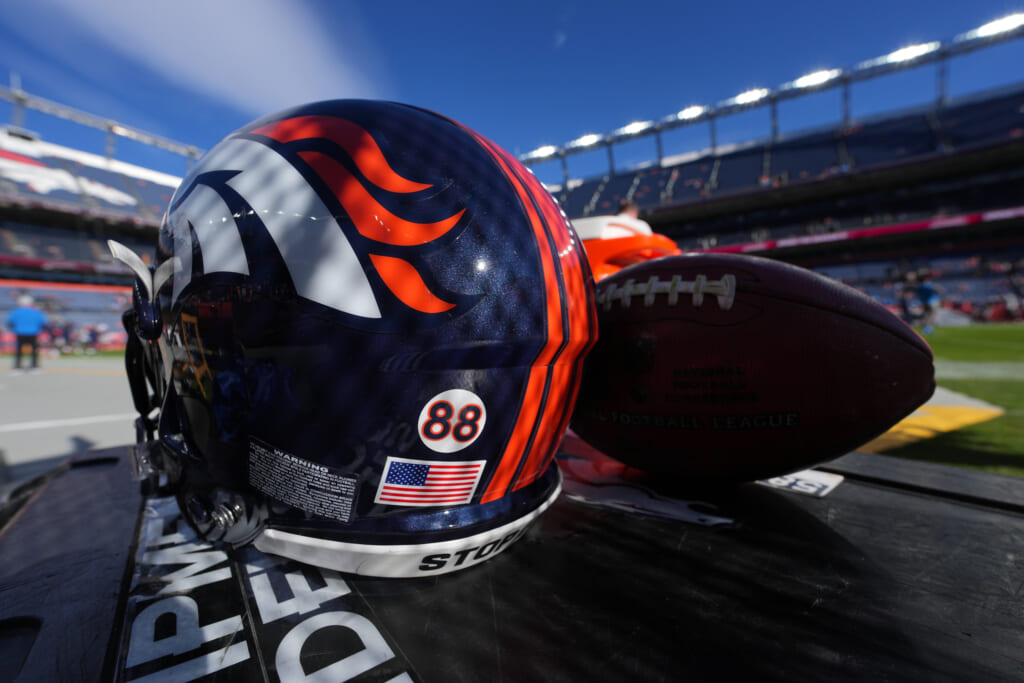 If NFL owners approve the sale later this summer, the Denver Broncos will be under new management when they kick off the 2022 NFL season on Sept. 12 against the Seattle Seahawks.

The Broncos announced late Tuesday night that they have reached an agreement with family ownership group Walton-Penner to sell the team.

In a somewhat surprising twist, the impending new Broncos ownership group has announced that Mellody Hobson, co-CEO of Ariel Investments and president of Starbucks, is set to join said ownership group.

ESPN’s Adam Schefter was the first to report that said sale will be valued at $4.65 billion – the largest sum in North American professional sports history.

That reported selloff was making its rounds on Monday with an estimated running rate of $4.5 billion.

“We are thrilled to have been selected to move forward with the purchase of the Denver Broncos! Carrie, Greg and I are inspired by the opportunity to lead this great organization in a vibrant community full of opportunity and passionate fans.

“Having lived and worked in Colorado, we’ve always looked up to the Broncos. Our excitement has only grown as we have learned more about the team, staff and Broncos Country over the past few months.

Son of Walmart founder Sam Walton, Rob Walton, 77, has an estimated net worth of $62 billion. This would make him the 18th richest person in the world according to Bloomberg.

He served as chairman of Walmart, the world’s largest retailer, for 23 years after his father’s death. Walmart posted estimated revenue of $582.8 billion in the fiscal year ending Jan. 31. The Walton Group would have been the favorite of other NFL owners to land the Denver Broncos.

Greg Penner, 52, was named president of Walmart in 2015 and is a venture capitalist. A graduate of Georgetown and Stanford, he is the husband of Walton’s sister, Carrie Walton Penner. She is also involved in the ownership group.

In addition to his work with Walmart, Penner is the founder of a Northern California investment firm called Madrone Capital Partners. He currently sits on the board of Baidu, eHarmony, Hyatt Hotels and Teach for America.

As noted above, Mellody Hobson’s inclusion in the Denver Broncos’ likely new ownership group came as something of a surprise. The 53-year-old was previously president of Dreamworks Animation prior to her roles at Ariel Investments and Starbucks.

Married to legendary filmmaker George Lucas, she became the first black woman to serve as president of an S&P 500 company when she took over that role at Starbucks in December 2020. Hobson is reportedly has a net worth of approximately $16.8 billion.

This sale will become official if there are 24 positive votes among NFL owners later this summer. There shouldn’t be any problems on that front.

The previous record sale for an NFL team was $2.3 billion when David Tepper bought the Carolina Panthers in 2018.

Meet the Kids of Nickelodeon Alum