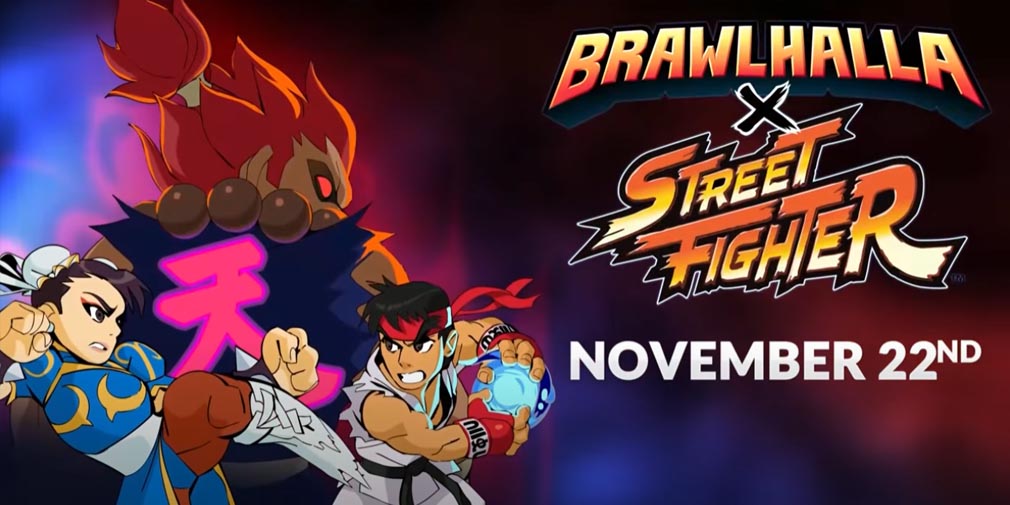 In Brawlhalla’s Street Fighter collaboration, players can battle it out with health bars and the iconic knockout effect in a new 1v1 map inspired by Suzaku’s Castle. Ryu will be an epic crossover for Petra and will use his iconic techniques such as the Tatsumaki Senpukyaku, Shoryuken, and Hadoken to deal devastating damage to anyone who stands in his way.

In case you are unfamiliar with the game, Brawlhalla is a free to play platform fighting game where up to eight players can battle each other online in a single match. The game features cross-play and features free games, ranked matches, and custom rooms with friends from around the world. It has had a successful history of crossbreeding with different IPs in the past, which includes The Walking Dead from AMC and Kung-Fu Panda from Dreamworks.

If you want to be part of all the action-packed festivities during the Street Fighter Collaboration, you can download Brawlhalla from the iOS App Store or the Google Play Store for Android devices. It’s a free game with in-app purchases. You can also join the community of subscribers on the official Facebook page to stay up to date on all the latest developments.

Are you looking for more fighting games on your mobile device? Why not check out our list of the 25 best fighting games for Android phones and tablets?

5 reasons why Nickelodeon’s Ricky Zoom is perfect for preschoolers