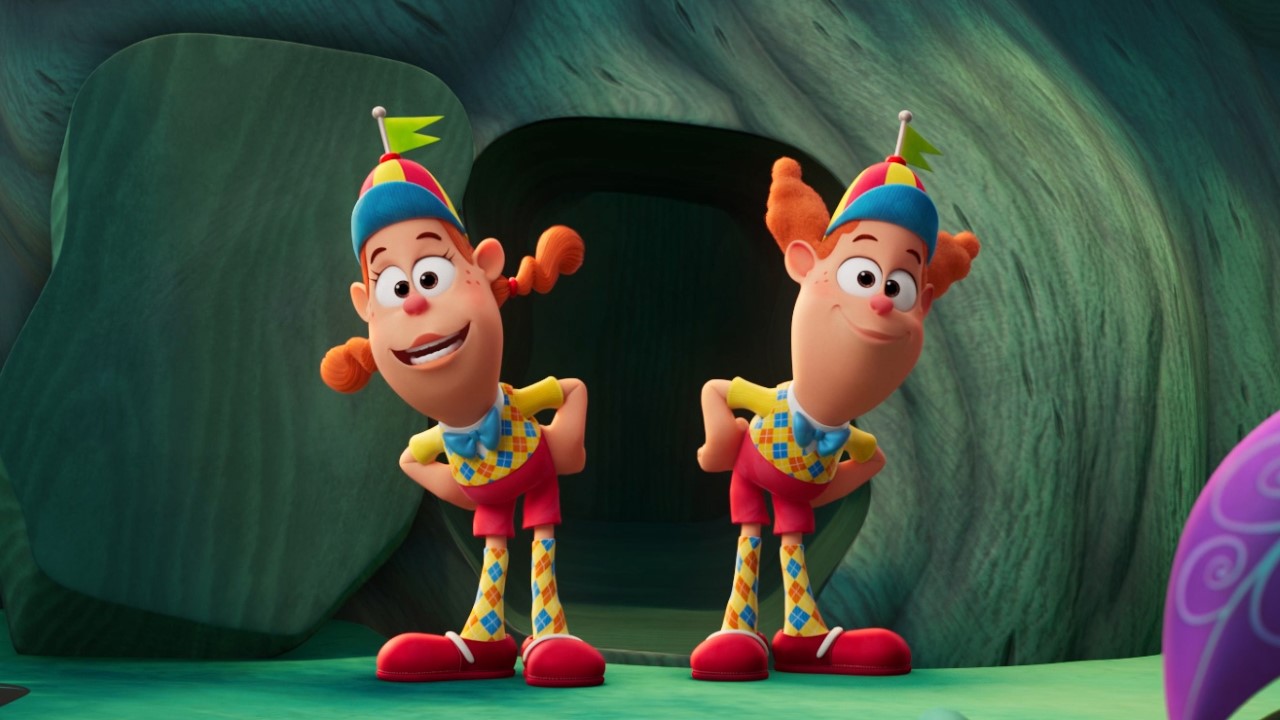 BAKERSFIELD, CA (KGETComment) — It’s one thing for an actor to voice a character in an animated production. It’s a completely different thing when that voice belongs to a legacy character. Bobby Moynihan knows the kind of responsibility that comes with expressing a character already known and loved.

He first experienced it as the voice of Donald Duck’s nephew, Louie, on Disney’s “DuckTales” from 2017-2021. He’s back for another icon with the new Disney Junior series.” Alice’s Wonderland Bakery”. You can hear him as the voice of Tweedle Don’t (an updated version of Tweedle Dum) when the series premieres at 10:30 a.m. on February 9 with a simulcast on Disney Channel and Disney Junior.

If you miss the debut, a first batch of episodes will also air the same day through on-demand platforms and through the Disney+ streaming service.

This new take on the classic 1951 Disney animated film centers on Alice (voiced by Libby Rue), the original heroine’s great-granddaughter. She’s a budding young baker at the enchanted bakery Wonderland where her magical treats help bring a new generation of friends and family together.

Charlie Day Embraces Romantic Comedy ‘I Want You Back’

Instead of Alice dealing with Tweedle Dee and Tweedle Dum, she has Tweedle Do and Tweedle Don’t in her life. They help here when there is a big decision to be made.

“I love working for them, especially when it comes to these legacy characters,” Moynihan says. “These characters are more energetic versions of the original characters and they leave us singing. I think they might live to regret it.

Landing a voice in a new Disney project was a little easier for Moynihan than for other actors because he was already part of the company’s voice talent family. Alongside his work on “DuckTales”, Moynihan provided vocals for “Inside/Out”, “Star Wars Resistance” and “Descendants”.

Moynihan’s love affair with Disney began years before he became a professional actor. As a huge animation fan while growing up, Moynihan remembers seeing every Disney animated movie, including “Alice in Wonderland.”

Moynihan’s journey into Alice’s world began at a very different point. He and Vanessa Bayer were originally the voices of two factories called Daff and Dill.

“I would do anything to work with Vanessa Bayer,” Moynihan says. “After we voiced the plants, they called and said they had these characters who are relatives of Tweedle Dee and Tweedle Dum.”

Moynihan did much of his recording work in a closet at his home during the pandemic. It was a great pleasure for him that he and Bayer were able to record in the studio at the same time. A wall of glass separated the two but they could at least feed off each other’s energy and improvise lines.

Tweedle Don’t is the more cautious of the two. Moynihan was thrilled to be able to play the most level-headed member of the group, as he tends to be cast as the most adventurous and loudest character in the group.

Moynihan is best known for his stint on “Saturday Night Live,” but he’s become an extremely busy voice actor since his stint on the NBC variety show ended. He jokes that he was recently working on 10 different animation projects at the same time. Along with “Alice’s Wonderland Bakery”, he can be heard in new animated offerings such as “Kid Cosmic”, “Summer Camp Island”, “It’s Pony”, and “Nature Cat”.

He is also the voice of the manatee Loafy in the show of the same name, of which he is also the creator, executive producer, director and screenwriter.

Despite his involvement in numerous projects, Moynihan had no trouble keeping his voice work project-specific.

“I’m only doing three voices,” Moynihan says with a laugh. “Now that I’m getting into it more and more, I see how difficult it is to be a voiceover actor. I take it much more seriously now because I want to do a lot more things.

There are still places where Moynihan can be heard AND seen. He plays Jayden Kwapis in the NBC sitcom “Mr. Mayor.” New episodes of the comedy also starring Ted Danson return in March.

In addition to Moynihan and Rue, the main voice cast includes Abigail Estrella as Princess Rosa, the Princess of Hearts and Alice’s most artistic friend; CJ Uy as Hattie, a “mad hatter” boy and Alice’s silliest friend; Jack Stanton as Fergie the White Rabbit, Alice’s best friend and biggest fan; Secunda Wood as Cookie, the magical cookbook that once belonged to Alice’s great-grandmother; and Audrey Wasilewski as Dinah, Alice’s pet cat who is always by her side.

Scale the visual heights of ‘Trollhunters: Rise of the Titans’