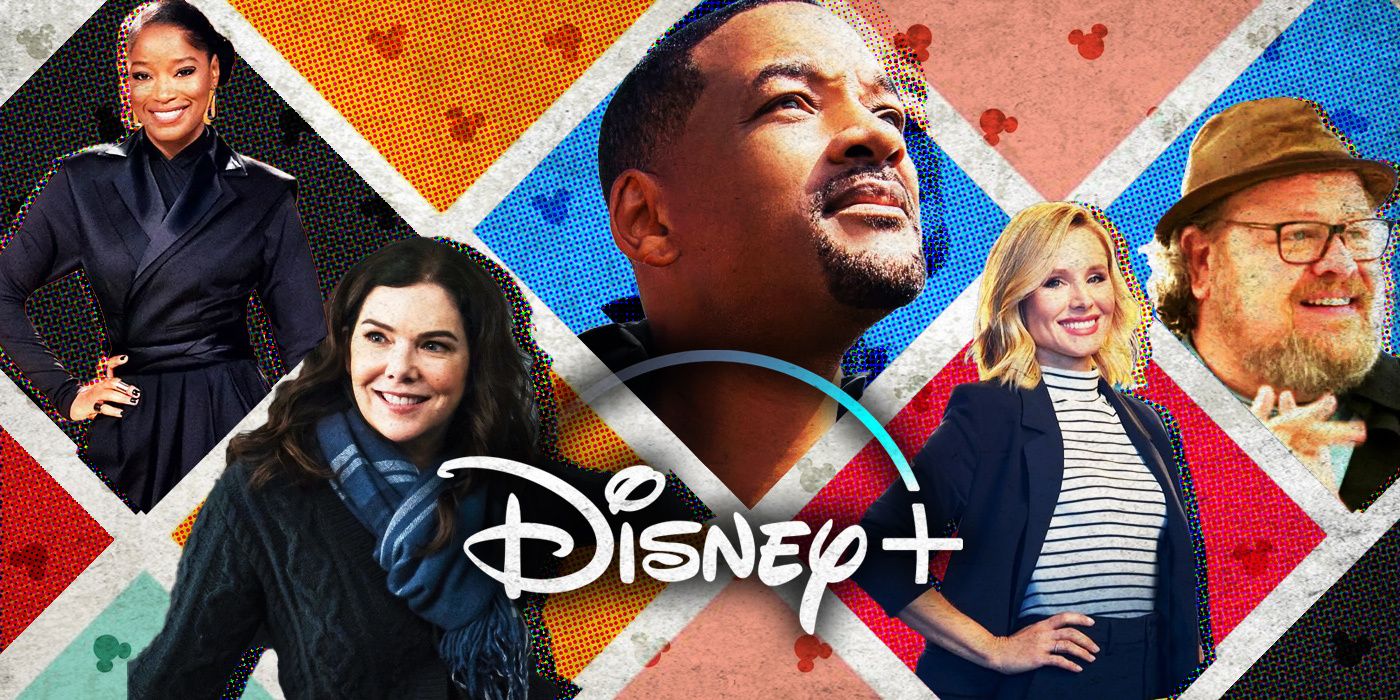 Subscribe to Disney+ just to watch the mandalorian, Wanda vision, Where Loki is understandable, but once you join, there are tons of other cool things to check out on this streamer. Of course, take a marathon of Disney classics, check out the latest animated movies, rewatch all the Marvel and Star Wars stuff, and more. Once you’re done with all that, dive into some of these imaginative and wonderful Disney+ Originals.

Casual and die-hard movie buffs will find plenty to like Accessory Culture. Whether it’s just having the chance to regale yourself with some amazing pieces of movie history, learning about the films that defined your youth, or discovering exactly how deep the Disney archives are expanses, having the chance to see that such precious items exist is a great idea for a Disney+ original series.

In the first season we see props from Mary Poppins, tron, The Nightmare Before Christmas, Pirates of the Caribbean, Honey, I reduced the children, The Chronicles of Narnia: The Lion, the Witch and the Wardrobe, Who Framed Roger Rabbit, and The puppet movie. They vary from props handcrafted especially for the movies to items used for production like scale models, clay figures, etc.

A new addition to the original Disney+ slate, Foodtastic is a playful show highlighting the art of food sculpture. It’s a cooking show that doesn’t focus on cooking, instead focusing on the artistic side of food. Contestants are challenged to create entire scenes, including beloved characters from Marvel, Pixar, the Muppets, and Disney movies new and old. They use fruits, vegetables, breads, cakes and more when carving these masterpieces. The delicate arts of ice carving, hand-drawn decorations and more adorn these giant stages.

Whether these creations are precise or fantastical, it is always amazing to watch these pieces take shape. And any unused food is donated to local shelters to help feed the hungry, so nothing goes to waste. It’s amazing the things these competitors think they’re doing with food. The imagination in the spotlight Foodtastic is wonderful.

Will Smith hosts this unique series about some of Earth’s most incredible phenomena. Not only does this show follow Smith as he is driven into the wild, this show also highlights other experts who are doing amazing work in their fields. Plunging deep into the depths of the ocean, trekking over rocky terrain, pushing back into icy caverns, and traversing stark desert sand landscapes are all expeditions taken during this documentary series.

Each episode tackles a theme, ranging from explaining the science behind infra sound to the workings of the unique indescribable mind of a hive or swarm. The episodes are expertly crafted and easy to watch, even if nature documentaries aren’t usually your thing. Will Smith, as host, is engaging and relatable as he gazes in awe at the power of nature unfolding before his eyes with each new experience.

Pixar has mastered the art of the short film over the years. It’s now very easy to get your hands on every short film ever made, all in one place. Works from before they were called Pixar are there for the eye, even their very first short titled The Adventures of André & Wally B. There are classics like Geri’s game, Presto, and Day Night, as well as unpublished works such as the Lucas– put short Ciao Alberto. There are Oscar winners, passion projects and everything in between. So take an afternoon and dive into one of Pixar’s specialties.

If you’ve ever taken the stage and participated in a group effort to entertain, then you’ll probably like Bis! This show has been streaming on the streamer since Disney+ launched a few years ago. Kristen Bell hosts, and the show is all about high school stage production actors reuniting after years, sometimes decades. They reunite, relearn their roles and take to the stage for an encore of the musicals that shaped their youth. The first season includes shows like Anne, Fat, The sound of music, everything is fine, musical high school, and divine spell.

Bis! offers so many great shows, but also so many beautiful stories told by revisiting ancient times. Learning how and why these comedians took to the stage so long ago, as well as why they agreed to take over the stage in their later years, presents wonderful insight into how spending your formative years on stage can affect you years and years later.

This scripted version of the events of the space race of the late 1950s is one of the best things the National Geographic Channel has ever released. This show is slightly different from their normal fare and allows National Geographic to reach an even wider audience than just catering to those who want to watch documentary-type programming. The good thing is superbly molded. The show is a big help in understanding the interpersonal dynamics at play within Mercury 7 and the other astronauts who were vying for spaceflight.

Featuring some pretty talented actors, Jake McDorman, Patrick J. Adams, and Colin O’Donoghue, among other things, this series relies heavily on the men involved. It’s such a hopeful time to film, and this series makes it pass easily. There are really no words to recommend this series enough, especially if you are at all interested in the history of space travel.

And finally let’s talk about Mighty Ducks: Game Changers. This super fun series follows a mother and son who just want to play hockey with their friends. It explores how Gordon Bombay is somehow the only way the kids on this team survive by playing real games. As fans of the original film series, we really don’t know how anyone living in the 90s can resist coming back to that world. Especially because Emilio Estevez is not the only star to make a reappearance in this series.

We also get to hang out with Averman, Connie Moreau, Guy Germaine, Fulton Reed, Kenny Wu and Adam Banks. It’s a thrill for the kids on the show because they’re the Minnesota kids who went from District 5 to successful Olympic champions, but it’s also a thrill for us because these characters are adored by those who grew up watching them. And it’s good to know that they live up to many of their same antics. They may have grown up, but they never grew up because of the fun they had together. Corner, corner, corner, corner, corner… Go Ducks!

Hi, it’s Kareem Gantt, and you’re reading a listing on the Disney Channel!

Kristen is a film and television feature writer for Collider. She graduated from Bowling Green State University with a degree in popular culture (yes, that’s a real thing), and has previously done film reviews, written about books and TV, and podcasted for Hypable.com. You can catch her now on Prophecy Radio: A Percy Jackson Podcast. When she’s not writing, she’s an avid romance reader, devoted Detroit Lions fan, peanut butter addict, and Sorkin follower. Oh, and she never turns down a chance for karaoke.