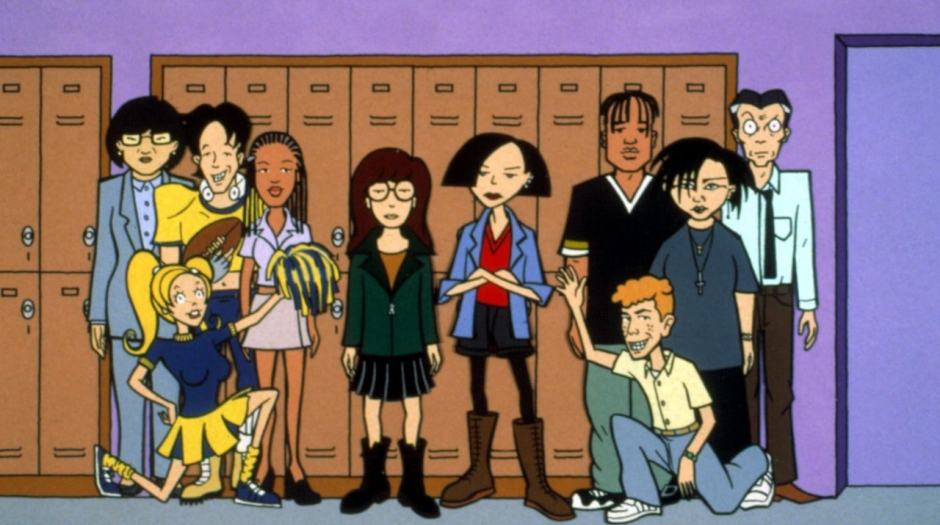 Anne D. Bernstein, comedy/animation writer and editor, died Feb. 8 after a long illness. Best known for her work on the Darya series, she was, according to Mike de Seve of Baboon Animation, “…a true trailblazer for women in writing animation.”

According to Bernstein’s LinkedIn page, she’s had a wide and varied career, including managing editor of MTV Animation Development. She was a screenwriter for Angelo Rules, Darya, MTV Downtown, Hi monie, backyardigans, Viva Pinata, Tutensteinand Johnny and the elves. Additionally, she served as the editor and comics editor for Nickelodeon magazineand a contributing writer for several publications, including TO SPY, national pamphletand Paper. Bernstein also blogged for Channel Frederator and roadside americaand his illustrations have been seen in red book, The New York Times, Good Housekeepingand others.

Mike de Seve, a close friend and admirer of Bernstein, shared a tribute with AWN:

“The hilarious animation writer Anne D. Bernstein passed away last week from the not-hilarious Parkinson’s disease. As one of the few and first female writers in animation, she was a trailblazer and a friend to many. ‘between us.

I knew Anne from our days together at MTV Animation and had the great pleasure of having her on my script teams for several series, first at 4Kids and later at Baboon Animation. Anne’s work on the groundbreaking MTV series Darya is probably his most beloved.

In a career that began in the 90s, Anne said she had never been in a writers room where she wasn’t the only woman. But bravely in this room she went again and again and in doing so Anne really helped to change the rules of entry.

As a comedy writer, Anne always brought her a game, digging humor into places we didn’t even bother to look. In one script, she named a retirement home for actors “Sitting Ovations”.

Every day I worked with her, Anne overturned that old, ignorant industry belief that women weren’t funny, by being as funny as anyone else in the room – and so much more professional. that was driving us crazy.

Unfortunately, her illness hospitalized her before she could ever be part of a true 50-50 writers room, or a room that represents all the voices of our culture. But for those of you who walk through the door now, know that she was one of the very first to open it. And his dedication to quality and craftsmanship has kept him open to the next.

Anne, if you’re out there wondering what the heck your life was all about – writing a bunch of jokes about a bunch of cartoons and then kicking you out too soon – know that you’ve made a big difference to many following , and we are all better for it.

May Anne’s legacy inspire women writers – all writers – to cast off the ignorance around you and try a little harder, go the extra mile to make your work great. And even when the room is stacked against you, don’t be afraid to kill.”

“I got a letter today from Kevin Strader, who worked with Anne, myself and Mike de Seve in a writer’s room and he said, ‘What a character. Which person. Every time she was in the room, her qualities made me feel like a poser. But fortunately.

I couldn’t agree more. At the risk of insulting the other fantastic writers I’ve had the good fortune to work with, Anne was simply the best, both as a member of a story room where her carefully chosen suggestions always contributed to a better story, and as a writer working on her own. She had a fountain of original ideas for episodes, professional to such an extent that she made us look like slackers, a writer who could explain her reasoning and keep working through trouble spots until she understands them, and someone who just laughs out loud funny to read. His writing still had his unique comedic voice, but that voice didn’t go for laughs that went against the integrity of the characters or the tone of the show.

I was introduced to Anne by Mike DeSeve in 2011. Mike and I were putting together a show called Kikoriki together, and he thought Anne would be a good addition to the team. Anne wasn’t the most talkative in the room, but it was always clear that she was paying attention, because when she contributed to a story, her ideas moved things in the right direction.

From 2017 to 2019 I worked with Anne on Kit^n^Kate. The show is preschool, which certainly wasn’t Anne’s natural place for comedy. But she was just fantastic. She was able to write stories that little children could understand and enjoy and which also played on a second level for parents. Like her story “The Missing Stink,” about a skunk who had faked her stink all her life by sticking smelly cheese under her armpits. Determined to lead an authentic life, he goes in search of his inner stench. And, oh yeah, there was a musical number modeled after Hamilton’s “My Shot.” This episode still cracks me up.”

The most iconic scenes from animated films