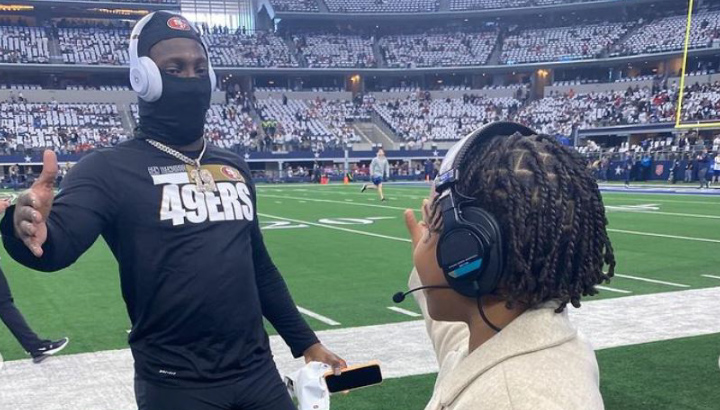 ANNAPOLIS, Md. (WDVM) — Dylan Gilmer, also known as “Young Dylan” as featured on Nickelodeon, is no stranger to the spotlight. Sunday on the Nickelodeon NFL show for the NFC Wildcard game between the San Francisco 49ers and the Dallas Cowboys; The young star’s moment on camera has gone viral on social media.

Dylan interviewed 49ers wide receiver Deebo Samuel, who produced over 100 scrimmage yards and a touchdown. An interview that he did not have too much time to prepare.

“They just tell me that if they win, we interview Deebo [Samuel].” Dylan said, “And it’s like four minutes to the end of the game, so I was a little nervous and my dad and I had some questions for him. And that’s how it all went, and we caught Deebo at the perfect time.

Dylan says he’s spent more time around the NBA than he has around the NFL, making appearances on the Nickelodeon show last year; but he hopes to make it a staple of his young career.

“Football is my dominant sport, I love football, I play football.” said Dylan, “It was just a fun weekend, and I didn’t expect that to happen.”

Watch the full interview with Dylan “Young Dylan” Gilmer below: