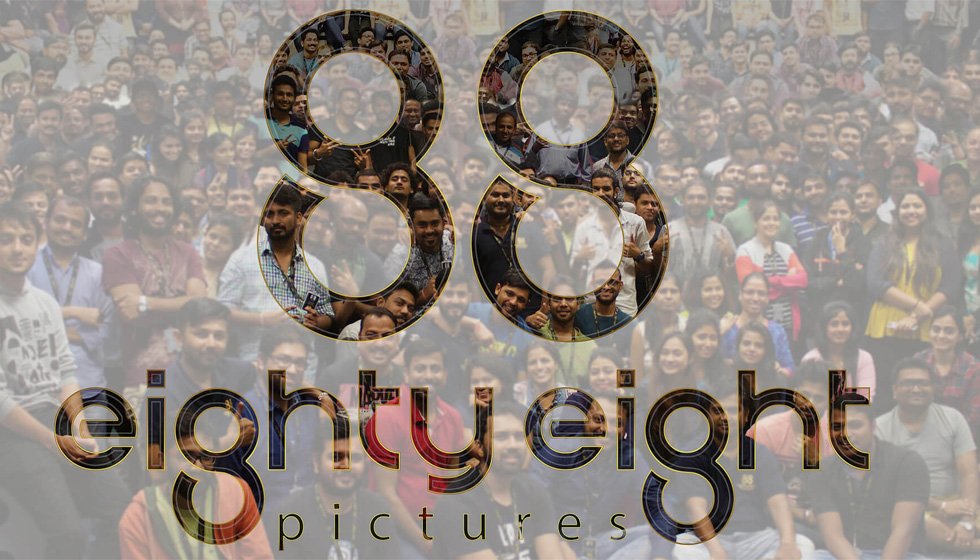 After the success of the studio’s first five years, 88 Pictures has taken a new step in its journey. The studio is expanding its presence and is expected to open its new branch in Bangalore in 2022.

Diving into the studio’s expansion plans, 88 Pictures CEO and Founder Milind D. Shinde said, â€œAs a studio, we have grown cautiously over the past five years. We wanted to create a very successful and sustainable studio module and we invested a lot in defining the basic philosophy of the studio. Our core business is based on artistic freedom, responsibility, a strong technical backbone and a studio that people can relate to. We are very proud to have been able to create a strong brand that is synonymous with everything we believe in. Creativity is at the forefront of everything we do and if we are to keep doing it we have to be able to have passionate people like us joining this movement. So we decided to venture out of Mumbai to reach such people. “

He added: â€œI have spent a lot of time in Bengaluru and the city has always remained close to my heart. The talent is there and we were like, “Why bring the talent here instead of setting up a base there.” We have very strong artistic leadership to drive the new studio. For us, it is not about expansion but about expansion and connection.

Revealing the future plans and direction of the new division, 88 Pictures COO Aby John said, â€œWe are starting our operations in the new year. We already have a large staff from Bangalore and will continue to build it over the course of 2022. We are starting with a 100-seat studio from January and aim to reach a total strength of 300 in the next 12-18 months. The goal is not to create a scale but to create a pool of talent that can work with our philosophy to produce one of the best visuals to come out of India. In Bengaluru, we are planning to set up a very high-end feature film studio with artists selected and trained by the best in the industry. We’re building a team under strong, experienced leadership to do a different kind of work that goes beyond animation and VFX, we call it parallel CG that breaks the rules of animation and VFX. We are building the Next Gen Prod Tech for this, which will be very agile and adaptable to future tools. “

The new studio will be run by founding member and chief animation officer Manish Kumar.

Announcing the names of the talents at the head of the new division, 88 Pictures Founder and Studio Director Siddhie Mhambre said, â€œWe are very pleased to announce that we have some of the best creative talent and an eclectic mix of people who will manage the new studio. With Manish at the helm of the animation, Murali Babu, who is one of the best creative eyes in the business, will be at the helm of CG. Satheesh TG will be the artistic director and Sahaya Ramesh will be the CG supervisor. Shiben Bhattachargee will be the game director. We are happy to have been fortunate enough to have a wonderful talent who has worked with world class studios in their past experiences and with international exposure.

Murali having spent a lot of time at the DreamWorks India unit and having worked with some of DWA’s best films, is ready to share his experiences and mentor the team to take them to the next level. Sharing his vision for the studio, an enthusiastic Murali said, â€œThis is a unique opportunity for us to create one of the best teams in India. I have always believed in giving a “responsible freedom” to the team so that it can exercise and sharpen its creativity. Working on creating better bonds and connections with the team, to be aligned with the more ambitious goals of the projects and the studio as a whole is key to success. Attention to detail, aesthetic excellence, observation and lifelong learning in the truest sense of the word will make for magical moments for Team 88 and on screen too! “

Manish was the first host of the India DreamWorks Unit and has worked with some of the best minds in the business. He, who has been the mastermind behind some of the best animations of 88, radiates confidence and a lot of enthusiasm. Manish said: â€œI have always been based in Bangalore and dreamed of having a studio here today. I guess I managed to convince everyone, and now I have to make sure this is the best decision we’ve made as a studio. Animation has been my strong suit and luckily we’ve done some of the best work in the country over the past five years. The following years have been very exciting for us with some great shows in the works and we are very inspired. How to create a team of passionate individuals who are inspired by a single goal of bringing the best visuals to the screen combined with an unmatched technical backbone is going to be my goal along with my fellow Leadership Partners. At the end of the day, as an artist, the only satisfaction we have is seeing these pretty pictures on the screen and waiting to hear people say â€œWOW! “.”

Sathesh, affectionately known as TG to his fans, was instrumental in the development of the backend department at 88 and mentored the team to develop the aesthetic eye with a precise sense of color. TG has a strong artistic background and has moved into his new role and is very happy to develop a new team in Bengaluru. An enthusiastic TG shared, â€œI grew up watching a lot of movies that had some of the best cinematic flashes; I always wondered why we couldn’t create such beautiful frames. We’ve had the opportunity to show that on a few shows we’ve done recently, and then I realized we were just getting started and we can definitely do what I’ve always wanted to do. I am an artist at heart and I know what an artist feels, my goal is to nurture this artistic spirit and heart in everyone and allow them to see beyond a frame. Only then is it possible to get the best job. I think we need to build confidence in the team that we can achieve anything we dream of and my job is just to be a part of that journey as a friend, partner and mentor. We have some of the best shows on the pitch and some in the pipe that I’m not allowed to talk about, but the world will find out soon. “

Sahaya Ramesh Bosco, affectionately known as Ramesh, started her career in the assets and grew up learning lighting. During his time at DreamWorks India he had the chance to work on some of the best shows. During his subsequent experiences at Animal Logic and MPC, Ramesh developed the skills he is eager to contribute to 88’s growth story. In setting the studio’s goal, Ramesh explained: working on projects really cool in animation and VFX with some of the best studios in the world. I think it’s time for me to hand this learning over to the crew here. My goal is to develop a new set of teams here that are experts in producing not animation, not VFX but something of both and beyond. We have some work on in-game cutscenes, another exciting work that makes you think outside the box and push you to the limits. I’m very excited and can’t wait to work with some passionate people to build a super talented team from here. One of my main goals is to work with the wonderful 88 production tech team, led by Saswat Sahoo, to push our technology to a new level. I have to say the production technology that we have here is ahead of its time and we are aiming for the stars now!

Shiben is quietly expanding the games division at the studio and expanding it further out of the Bengaluru studio. He said, â€œAnimation has been at the center of the studio, but we’re working on different things under the radar that not everyone is aware of. It’s almost like an incubation approach and we have the freedom to push the boundaries.

He added, â€œWe are sitting on a huge cultural capital and I am delighted to have the opportunity to explore it further in the game format. We are working on a few prototypes that will have a unique selling proposition. Our goal is to be able to tell global stories from local lands and make them universally appealing. I wish I could divulge more, but for now, I can assure you that we will soon have something exciting to share with the world. My goal is to create a truly creative and tech-savvy team with a bent for the gaming division of the studio. “

Asking if 88 Pictures was considering producing / co-producing any animation projects, Siddhie said, â€œWe are always asked that question and I’m always tempted to say what we’re working on, but I can’t say since we’re not the right to talk about it. It is humble and safe to say that we are the only Indian studio working on one of the best projects in the world that we have developed from scratch and will be producing entirely. I wish I could say more, time will tell ..! â€

Addition to what Siddhi hi said, Shinde continued, “We have some interesting projects online and we are already booked for the next two years. I always say that we are a VALUE studio and not a VOLUME studio, so the way we stay relevant and doing the best job is key. With that, I’m happy to report that the Bengaluru studio will be mainly focusing on feature film work and we have something very huge in the work that we can share at the right time. So in essence we are not trying to build a scale here, but only looking for key talent with the passion to work on the best technical workflow. We can say with certainty that some of the best work in the subcontinent Indian will be carried out here. â€

That famous ratatouille scene lied to you