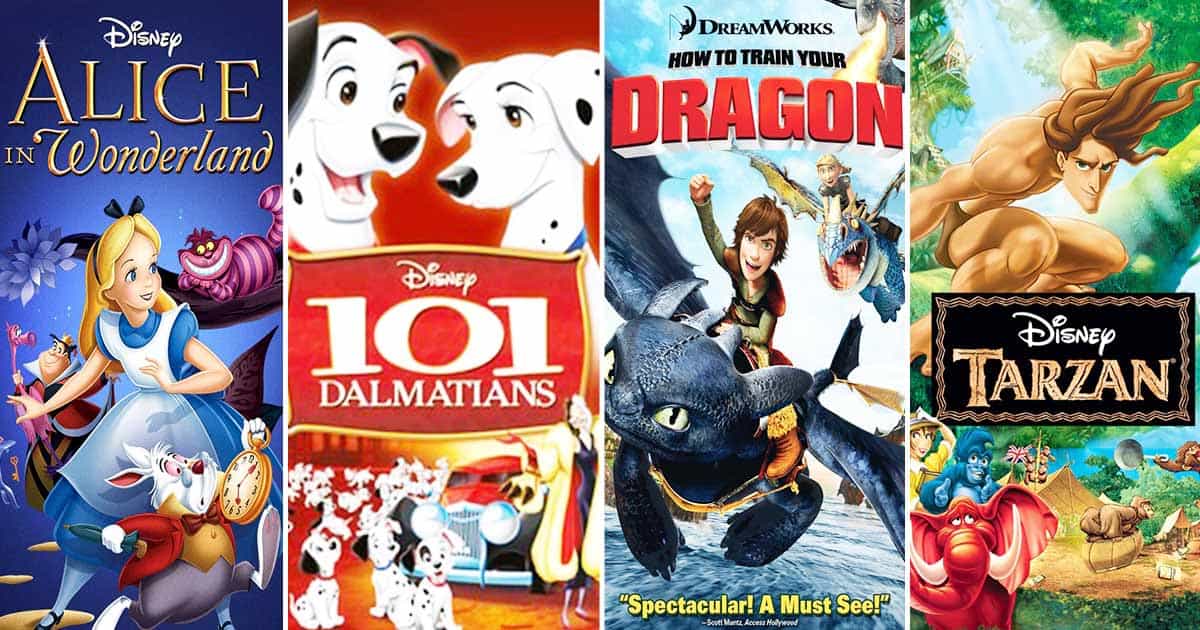 If books transport us to a world of imagination, animated films allow us to relax, unwind and enjoy our dreams. When you combine the gifts of these two mediums, you almost always get masterpieces.

Indeed, DreamWorks, Pixar, and several other studios have done wonders with animated book adaptations and brought out larger-than-life characters! Amplifying that excitement, we bring you a list of 5 amazing Hollywood animated movies based on books.

The villains: DreamWorks Animation offers an exciting slapstick crime comedy called “The Bad Guys”. Adapted from NYT bestselling author Aaron Blabey’s eponymous book series, the film is about a group of villains such as a wolf, snake, piranha, shark and tarantula who wreak havoc on the city. But the tables turn when gang leader Mr. Wolf suddenly thinks about getting good, for good! . Will the others follow him? Find out as the film hits Indian theaters on May 20.

101 Dalmatians: This 1961 box office hit from Disney was based on the no less famous book The Hundred and One Dalmatians by Dodie Smith. The film is ahead of its time in terms of animation. It gave the kids one of the most repulsive villains in Cruella De Vil, who kidnaps a litter of Dalmatian puppies for a fur farm and has Pongo and Missis after her to save their family, if you like Disney movies you can’t miss this one.

Alice in Wonderland: This Disney adaptation of Lewis Carroll’s classic children’s book “Alice’s Adventures in Wonderland” promises gorgeous visuals and, above all, stellar performances from Helena Bonham Carter and Johnny Depp. The film tells how a misadventure in a rabbit hole accompanies Alice to fantastic encounters. Check it out if you’re a fan of the book!

How to train your dragon: This film is presented as one of the best animated films of DreamWorks! The film is based on the series of children’s novels by British author Cressida Cowell, this film shows the bond between a Viking boy and a dragon caught in the crossfire to eliminate each other as a sworn enemy species. Praised for ridding the plot of cliches, this film was followed by two sequels and should be on your list to watch.

Tarzan: Another Disney film, this 1999 title is adapted from a series of adventure novels by Edgar Rice Burroughs. Reigning as “Lord of the Jungle”, the film shows Tarzan going through a whirlwind of adventure, romance and realization of his humanity when forced to choose between civilization and the jungle. The film packs weight in providing rare insight into death and trauma among wildlife and is one of the reasons it’s relevant for older audiences as well as fascinating for children.

If you haven’t watched any, grab your popcorn for an amazing experience right now.

Must read: Stranger Things Creators Reveal Plans For Spin-Offs: ‘I Haven’t Told Anyone About Our Plans! Not even Netflix!”

Unboxing and other games that look like Pixar movies